A new Mangrove project in Mozambique 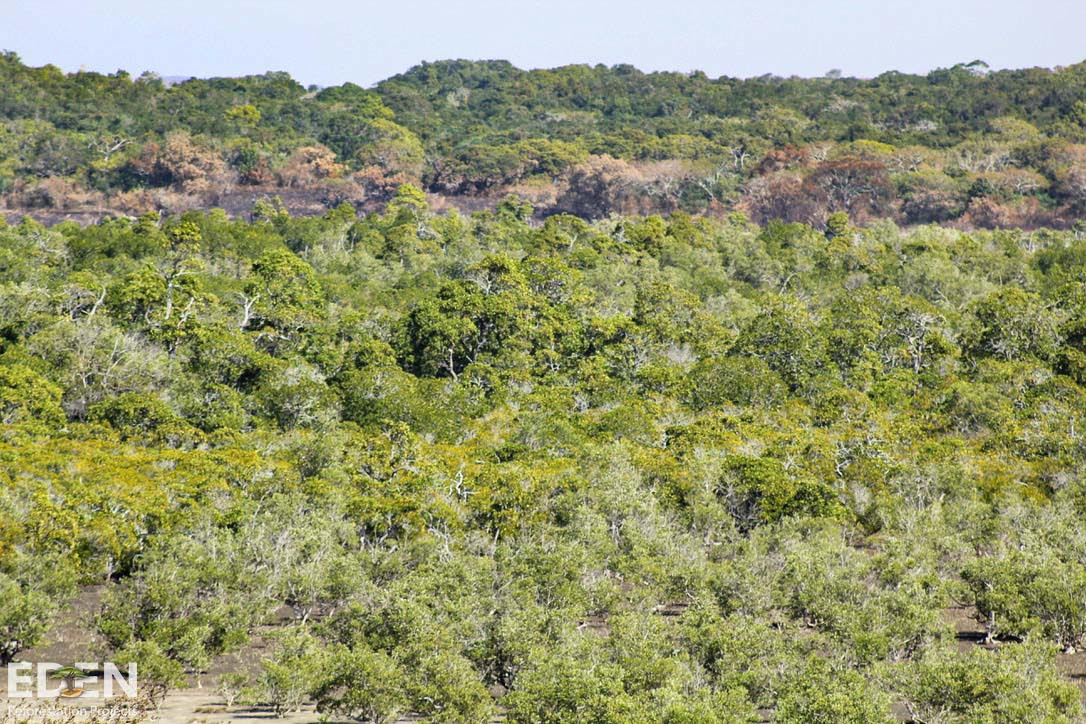 Eden Reforestation Projects recently set up a new mangrove planting project in Mozambique. The program began in October 2018 with the Katembe and Madjuva planting sites near Maputo, and to date Eden has planted over 550 thousand mangroves on these two sites.

After a comprehensive appraisal of the project and organization, TreeSisters is pleased to announce a new tree partnership in Mozambique with Eden Reforestation Projects, starting the first years with the restoration of a new site which has been severely deforested, as‘‘Bela Vista’village. 25 people (at least 60% women) will be employed to plant 750,000 trees per year, including at least 10% agroforestry trees as alternatives to mangrove timber extraction. 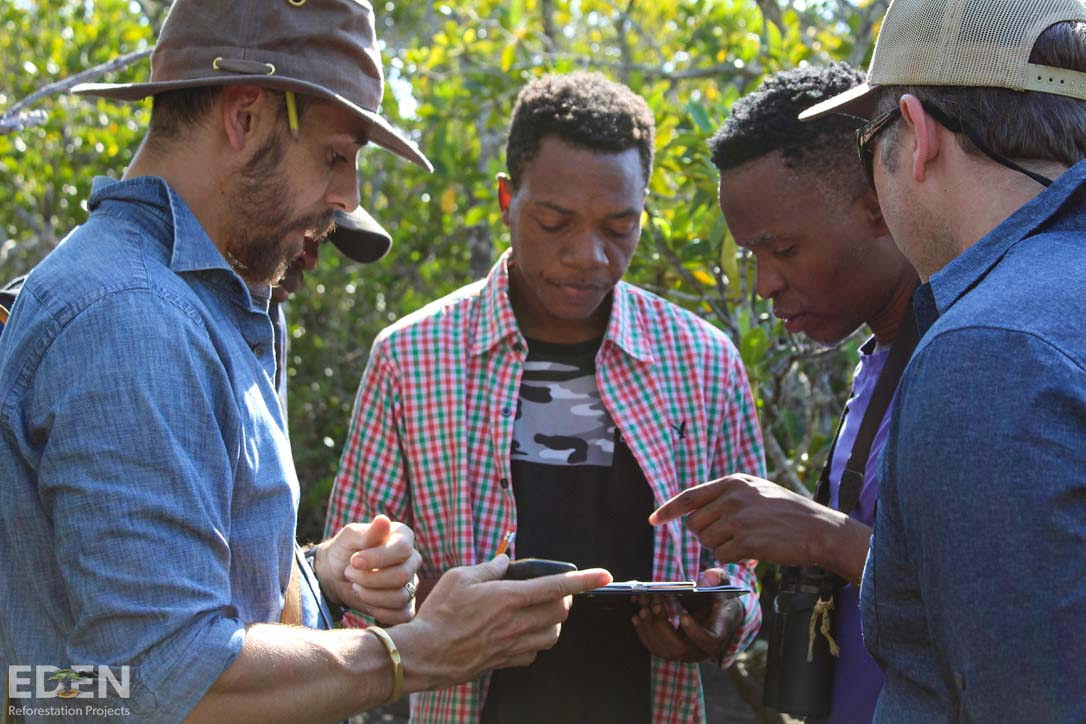 What happened to the Maputo mangroves?

Mangroves are utilised by the people in Mozambique for building materials, firewood, fencing, fish traps and for medicinal purposes (1).  From 1972-1990 (2), the mangroves near Maputo suffered the most in comparison with other mangroves in the country, with a decrease of 15.2%. Major threats include over exploitation for firewood or charcoal making, and clearing of mangroves for salt production. Moreover, during the civil war from 1977 to 1992, mangroves near Maputo were burnt to prevent rebels from hiding and hindered the Government’s ability to spend on mangrove protection. Today, the mangroves of Maputo are under higher pressure from uncontrolled coastal migrations, conversion into agriculture lands (rice). Dams may potentially decrease the flow of freshwater, storms exacerbated by global warming may potentially affect them more and more. 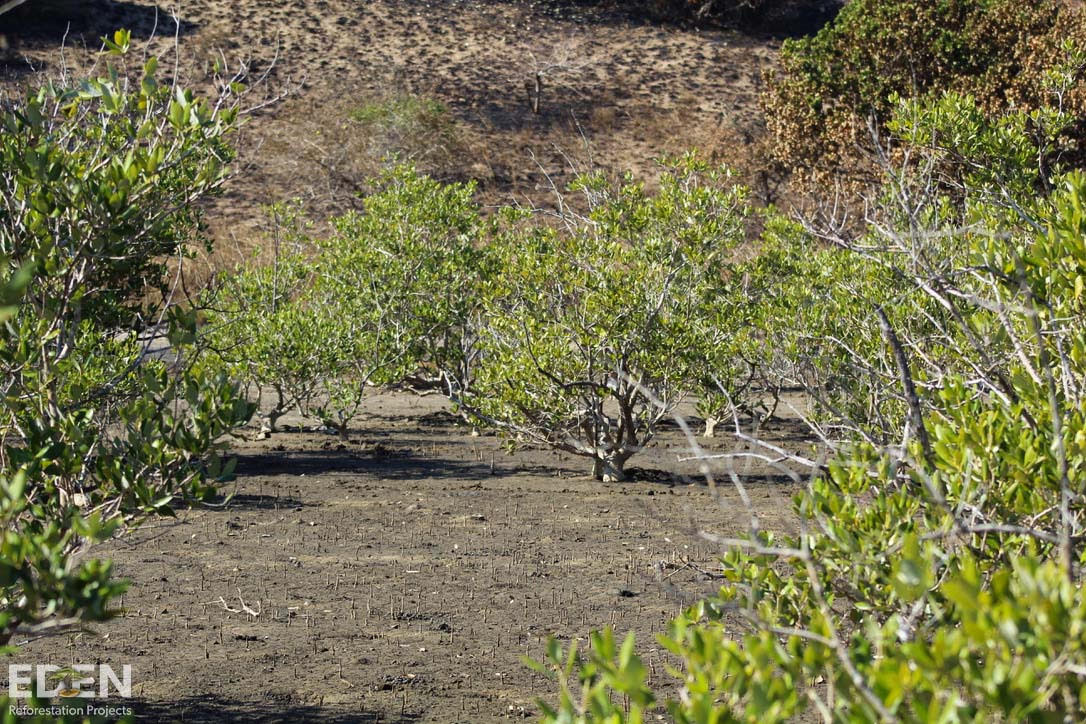 Mangroves are neither trees and plant species rich, nor harbor important fauna, but they have characteristic prop-roots which provide habitat for many aquatic animal species and also function as nursery grounds for various species of fish and shellfish. Mangroves also provide vital roosting and nesting places for wading and shorebirds, and are vital habitat for migratory birds, marine turtles, dugongs and porpoises. More specifically, the mangroves of the Maputo Bay are part of the “Maputaland Coastal Forest Mosaic”, a major ecosystem which hosts more than 470 bird species with 4 species and 43 subspecies endemic or near endemic. (3)

Will the trees be protected?

In Mozambique, mangroves are under protection from the coastline up to 100 metres inland. (5) But this is not enough to capture the extent of the mangrove estuary systems near Bela Vista. The planting will take place in close proximity of a national forest reserve, on land that is Government owned and managed by the local community. Eden will establish legal rights to reforest the area. Moreover, Eden will ensure ensure the best understanding about the protection purpose, between the State Government and the village of Bela Vista, by a contractual commitment to protect the trees, from timber extraction and charcoal burning, and possibly will limit other non-timber uses. And as project unfolds, the project will include the growing and planting of cash/tree crops (what we often call ‘agroforestry trees’) for livelihood purpose, as an alternative way for firewood and building materials. Agroforestry tree planting will occur within settlements, either on private land with land titles or without recognized land titles in settlers’s vicinity.

Thank you for making a difference! Your gift will fund the planting of tropical trees, sequestering carbon and directly help replenish the world's forests