Ice, Truth and the Sacred with Angaangaq

"You are the most important person in the world. Never forget that. You are worth celebrating with a ceremony every single day." ~ Angaangaq Angakkorsuaq

Shaman, traditional healer, storyteller and an Eskimo-Kalaallit Elder, Angaangaq Angakkorsuaq, and Clare Dubois sat down together at the Climate Conference in Findhorn in May this year.

In this call, Angaangaq shares:
~ How the icebergs melting is releasing methane and threatening life in the Northern regions
~ His hopes to plant trees in Greenland to help capture methane
~ His culture's respect for the plants and animals that sustain their way of life
~ Communicating with wild animals
~ That you are the most important person in the world.

You can listen to the call here.

You can read the full transcript here.

To learn more about Angaangaq please visit his site: https://icewisdom.com/

Below is an excerpt from the call we hope will inform you.

Wishing you much beauty and light!

Music on audio is by Carlos Carty
Attribution license - with Fade in and crossfade edits
on Freesound.org

"I want to plant the trees now. Because I realized if I can do that, no, no, not me. If we can do that, we could impact the world." Angaangaq

Angaangaq: I got this idea years and years ago because some people came up to plant some needle trees in (location unclear). And needles trees are not native to Greenland. But I wanted to plant the leaf trees so the animals can have something to eat.

Clare: Are there any? What species of trees are there in Greenland?

Angaangaq: Arctic Willow, but they grow only as bushes. But we don't manage them yet. We don't put them together and allow them to grow and become a tree. 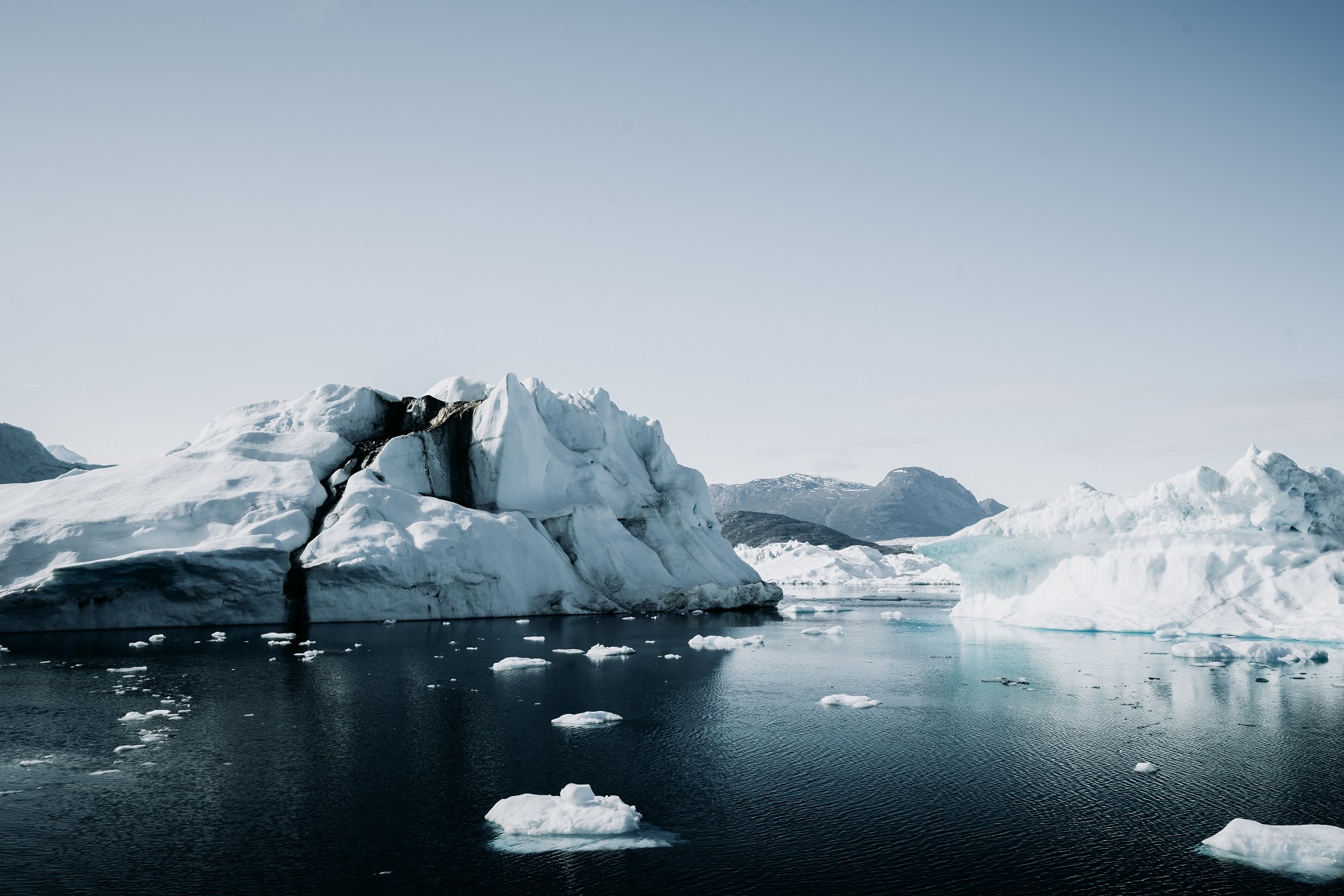 So I've been wondering how do I plant trees? Because when I walk on the land, you can smell methane. You can smell it. And if you really inhale it, you will die. And when I go to the lakes, the inland lakes, not the big lakes where you and I have been through, the inland lakes where they're sand based. The bottom is permafrost and gravel and sand and the bubble. The bubble of methane and then the tundra being tundra pumping permafrost that lots of water which comes up and brings out methane and you can smell it. I know if I planted trees the roots will begin to go down and they will begin to eat and consume methane and get it out as oxygen which will not affect then the big sky. That's my rationale. I have no idea about trees. Nothing.

When I grew up, there were bushes that tall (makes a hand gesture) and that's it. But those trees are now more than five meters tall on the shore. The big ice north of the Arctic Circle so that...

Clare: And is that because the because of the melting?

Angaangaq: Oh yeah. Because of the melting.

Angaangaq: I thought I better work on this seriously. So I called up Lauren and she came up to Geneva. I was on my way to Geneva and she brought in her friend from Russia. (Can't think of name.) Somebody from Russia and we sat down. And then I had met somebody from Lawrence. The University of Lawrence in Switzerland.

Then, I was in Union Station in Zurich. And a friend of mine, an artist from Germany came there and we were sitting there and talking and then he sees somebody. He caught up (with them) and greeted him and then (inaudible name) pointing at me and the man waved at me and I waved at him. (Inaudible name) told him that I want to raise funds to plant (a) million trees. And that's how the whole thing became a reality. I realized I cannot just talk about it, I had to act upon it now. I prayed and prayed and prayed. Because the big ice as it's melting, the permafrost is melting away, methane is rising to the sky and destroying the ozone layer, etc. etc. etc. And really impacting the world period. I don't know but if I planted a million trees on that peninsula I come from, we could change the world we live in. That's how it started. And then I started to connect with people and say I need to raise one million trees. I need to raise funds to put them on Earth. And I want to employ native young people for the summer and then put them to work so we can reconnect to the sacredness of the land to provide food for the animals. I told my government I want to bring back the Arctic wolf because our net size is enormous land which is more than 1000 kilometers long south to north and 380 kilometres from east to west. The wolf died out at the turn of the last century. At the beginning of the 1900's, that's the last time somebody saw the wolf, an Arctic wolf. 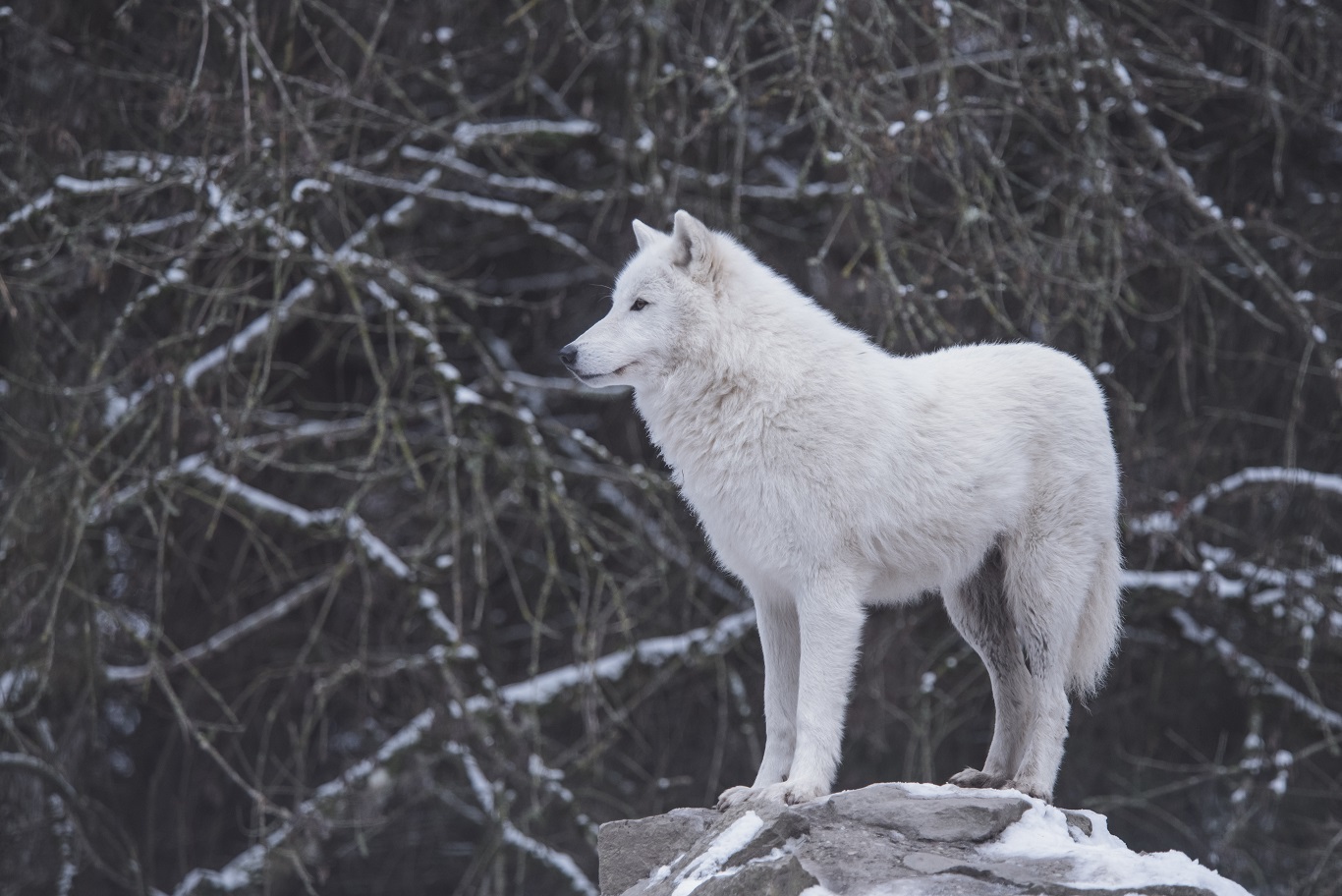 Angaangaq: Probably not enough Caribou and Muskoxen, you know? (They) probably stopped or just moved on, that we don't know the story of this situation. So I want to, I told the government, I want to bring back the wolf and the young man said, "No, they're too scary". Now I will tell you what will happen. The Caribou and the Muskoxen will start to run, and the meat would be so much healthier to have. Because they have become like the cows of Scotland, they have no enemies. It's like in California, they have no enemies. So they just walk around and be big.

They become big and fat and because they don't move you have to inject medication into them and then we eat that stuff. But when the wild animals run because of the wolves they become healthy and strong. And the meat is so delicious!

That's the whole idea. That is what I will do, and I will get there. I need help. I know nothing about trees. I told the government that I will plant two cedar trees from Finland. I will go there myself to Finland to pick up two cedar trees which represent my wife, my beloved wife (name inaudible) and me. And (inaudible) grandmother, grandfather. My wife comes from there and I want to plant them at a sacred site where other gatherers are and you will come and visit us there. 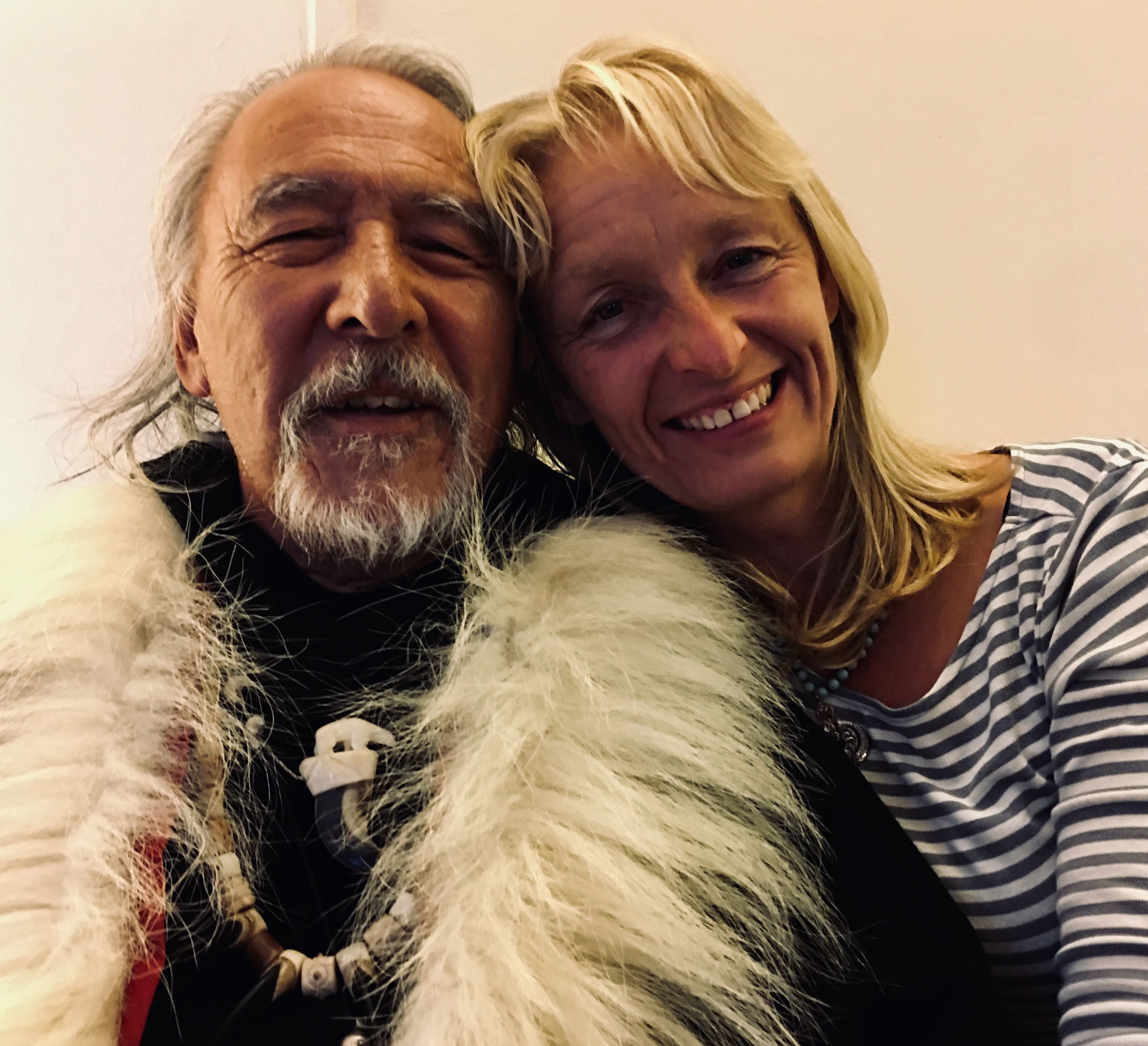 And I want to see these two Cedar trees growing tall. But I want to find trees which have leaves. I have only seen the Muskoxen, old Muskoxen gnaw on the skin of the tree and never personally observed Caribou gnawing on the skin of the tree. I've never seen that. I've only observed Muskoxen do that there. But I want to have good food which will last forever. And I want it to spread out even more. And I want it to be healthy. I want them to be healthy. There would be no need to medicate them and my people will have enough food to eat for generations to come. So I would plant the Caribou moss, you know the moss, the lichen moss. I will plant it everywhere. So as we plant the trees we will also plant the moss. They will be good in fat, the good fat and (inaudible). Oh! What a beautiful dream, eh? That's what I want to do. But I know nothing about trees, so I need all the help I can get.

Clare: Well, and we've already started moving on that. Thanks to Suzi, our amazing Suzi who's already found somebody that has worked in the Siberian tundra and is going to share with you all that he knows.

TreeSisters along with the Tree Conference and other partners are currently exploring planting techniques that could work at Greenland's latitude. We're interested to see if this has the potential to create a forest floor capable of holding in the methane below the permafrost.