In Reciprocity with the Earth with Sylvie Decaillet

We are so pleased to bring you a very special guest this month for the Indigenous Wisdom for the Earth Series. Her name is Sylvie Decaillet. Clare Dubois met her while visiting the Kogi in Ecuador South America.

Clare shares, "Sylvie works with indigenous communities throughout Columbia including the Kogi. She is a mother and a midwife. She calls herself a healer and a worker for the earth. She is a deeply spiritual woman who has been awake since childhood. Someone who now is very much embedded in the code of the culture of making payments to heal the Earth so we'll be hearing about reconnection with sacred sites and with what it means to give payments and what it means to be a woman inside of that culture."

This fascinating and inspiring talk includes:
~ Why women are the Black Earth
~ How our thoughts are interrelated to the Earth
~ How to give payment to the land

You can listen to the call here: https://soundcloud.com/treesisters/sylvie-decaillet-in-reciprocity-with-the-earth-indigenous-wisdom-for-the-earth-series

We did have some sound issues with the call, so you'll be happy to know we have the full transcript available here: In Reciprocity for the Earth with Sylvie Decaillet.

And below is an excerpt from the call and transcript to give you a breath of inspiration.

I really hope you enjoy this call and stay open to the wisdom it can bring.

With much gratitude to Sylvie, Clare, the Kogi and Indigenous people's everywhere! 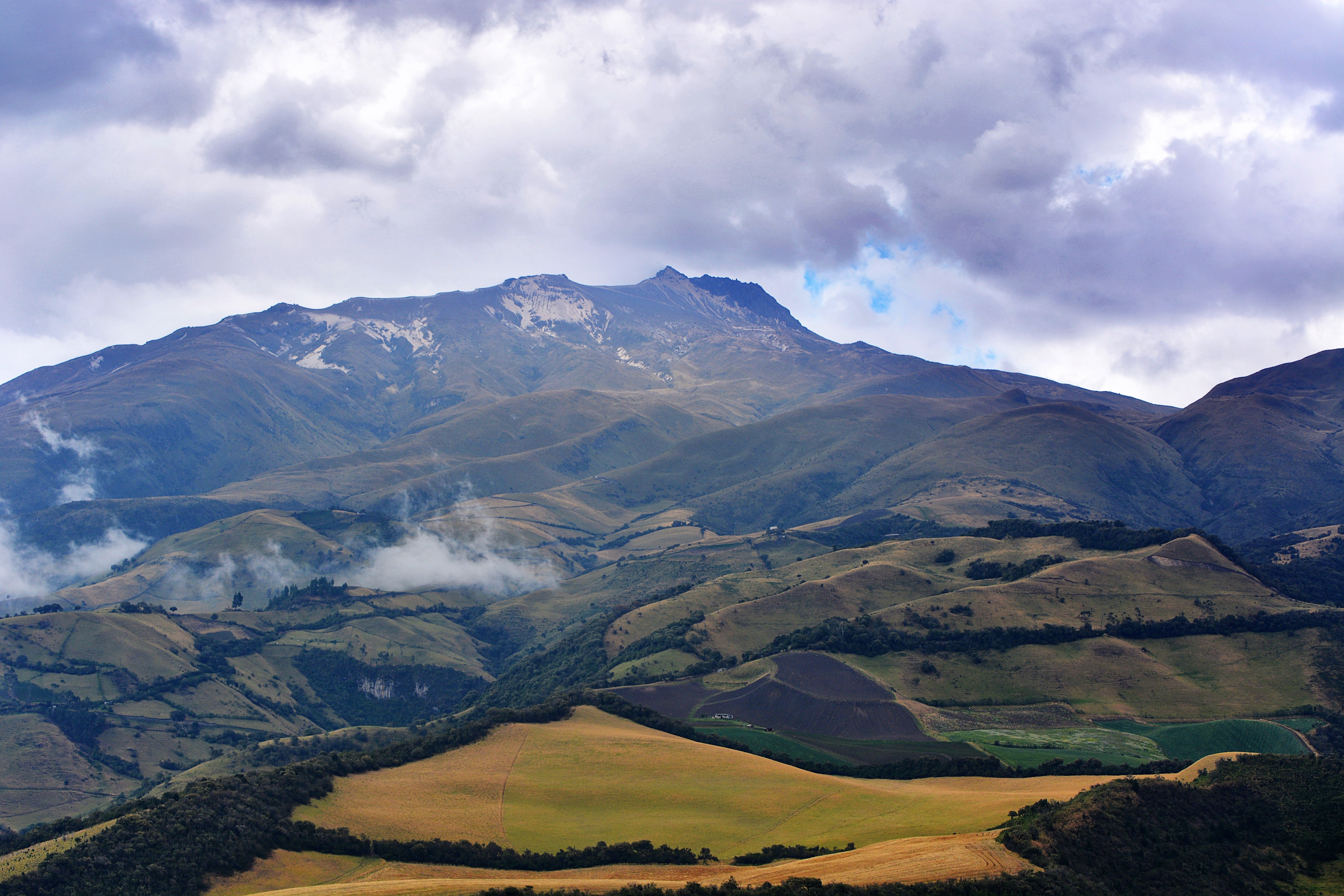 Clare: And, and when you talk about the four tribes of the Sierra Nevada many of the people who are listening, have no idea, even of their existence or the fact that they grew up in caves. That they've never been... many of them have never been down the mountain. They've never seen plastic or a television or that they consider themselves sons of the sun or daughters of the moon. Can you tell me I'd love to understand is a Mamo like a shaman? Or is everybody that? Are they all brought up that way or the just selected people inside of the tribes?

Sylvie: They... they in a certain way, they came from a lineage. They are like... they are born for that. Here in the Sierra, you are born for a mission. You know the mission. The Mamo are the spiritual authority. You know your mission since you are a child because everything is organized. So the community has very different people doing different work.

So the Mamos are the spiritual authorities are people who are born and they have their lineage. So their grandfathers were Mamos, their grand grandfathers and mother were Mamos, so they teach them how to do this work. So it's not just the Mamos but the Sakas who are the same authorities but in the feminine way. So it's very beautiful to see that they really they just are born to do some work that it's meant to sustain the community. In the communities... because they are the ones that know why people get sick or why the community (has) are some disorders so they put order in that just making like payments and bringing up all the equilibrium again. So it's something to be them.

Everything has a very close relationship with Nature in this community. So that if there are some of these disorders in Nature, it's going be very, it's going to go through the community so it's going to be there. The community is very sensitive to that. So that's why here came the principle of being totally melted to the territory. If your territory melted it can heal...

Sylvie: Melted as in you have a close relationship that you cannot be separate. Earth is not something separate from people. They are totally linked like, almost melted in a way. I don't know if it's the word but just being so, so, so close that all the territory is in you also.

Sylvie: Yes. So if you dry the rivers, we're going to be sick. And if you're sick, you're going to dry the rivers. So it's a very close relation. We think that our thoughts doesn't... they don't have a very... a...um... how do you say it, like out? They are not, hold on I'm going to find the word in English. But we always think that we just go through life thinking that we have like, all the rights to think or to act in a certain way. And doing we just go like that thinking that our acts and our talks doesn't have any relation what... with what is happening around. And everything that we do, everything that we think, everything that we... we create in ourselves, is going to go out into the territory. So when I'm talking about territory, I'm going, I'm talking about land about the Mother Earth. 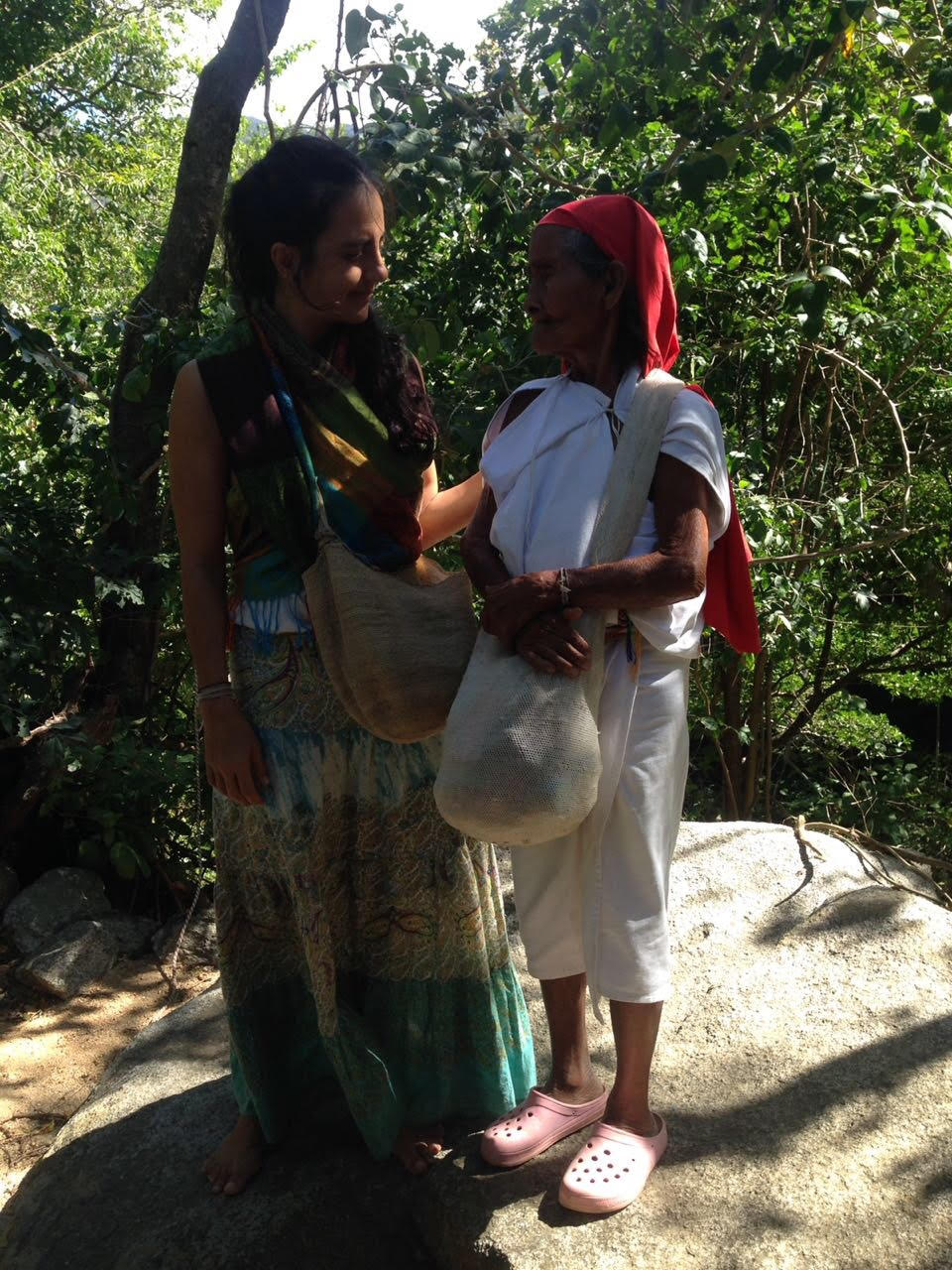 So It's the same thing, in this being the other way. If something in Nature is getting in disorder, you're going to get sick. Humanity is going to get sick. So, the relation between Mother Earth or territory and people is so totally close. So it can be separate. So it's, it's the Mamos just go and heal the territory. So he can heal his people. And this is doing by paying into sacred sites, recuperating sacred sites or paying we... paying when I said paying is like spiritual payment, you know? Like going there and doing some spiritual work in their way, so it's very impressive. And you can see that they can put all in balance again because they have... they can hear what is going on. They talk with the sacred sites, they are the spiritual fathers and mothers of everything that exists. So it's very beautiful to see how they are always in balance.

If their balance starts to... to be threatened, their communities going to start to be threatened so that's why the Mamos are the main figures or the Sakas are the main figures of the community. And right now they are working a lot for all over for... for what is going on on the Earth. And they are working for their territory but also paying for all over, all what is happening around so it's very beautiful to see how big is their work. In....

(Clare and Sylvie speak over one another momentarily).

Clare: Sylvie, you're sharing so much. And I'd like to try and break it down a little because really, they're just, it's their really big and really different concepts for, for Westerners to get our heads around. And so I just wanted to sort of punctuate... punctuate it with an acknowledgment that you're talking about.You see, when we think about Western culture, you're so right, we just we wait around and do what we want. And we may think that the fact that we're mining or we're deforesting or we're damming rivers, is the only major sort of atrocity against nature, but you're taking it to a whole other level where it's how we think. And it's what we do in our lives. If we're doing that, in a disconnected way, if we're not in tune, or connected to the natural world that also has an impact.

And you know inside of TreeSisters we are constantly trying to strengthen our relationship to Nature so that we can start to bridge the gap that has been inside our consciousness. You know, how we've been trained to think of ourselves as superior to the planet when in fact you know one of the things that amazed me when I was with the Kogi was them saying, when an indigenous language is lost, animals go extinct. And just that sentence had me understand the radically different understanding of the human relationship with the natural world. And how kind of incredibly clumsy we are in our dislocation and how graceful the Kogi are in their understanding that if sickness is showing up in the community, it's reflecting what's going on in the planet, in the territory and... and the other way around.

To read more please check out the transcript listed above.

To sign up for the entire series please go to: https://treesisters.givecloud.co/grow-yourself/indigenous-wisdom-for-the-earth