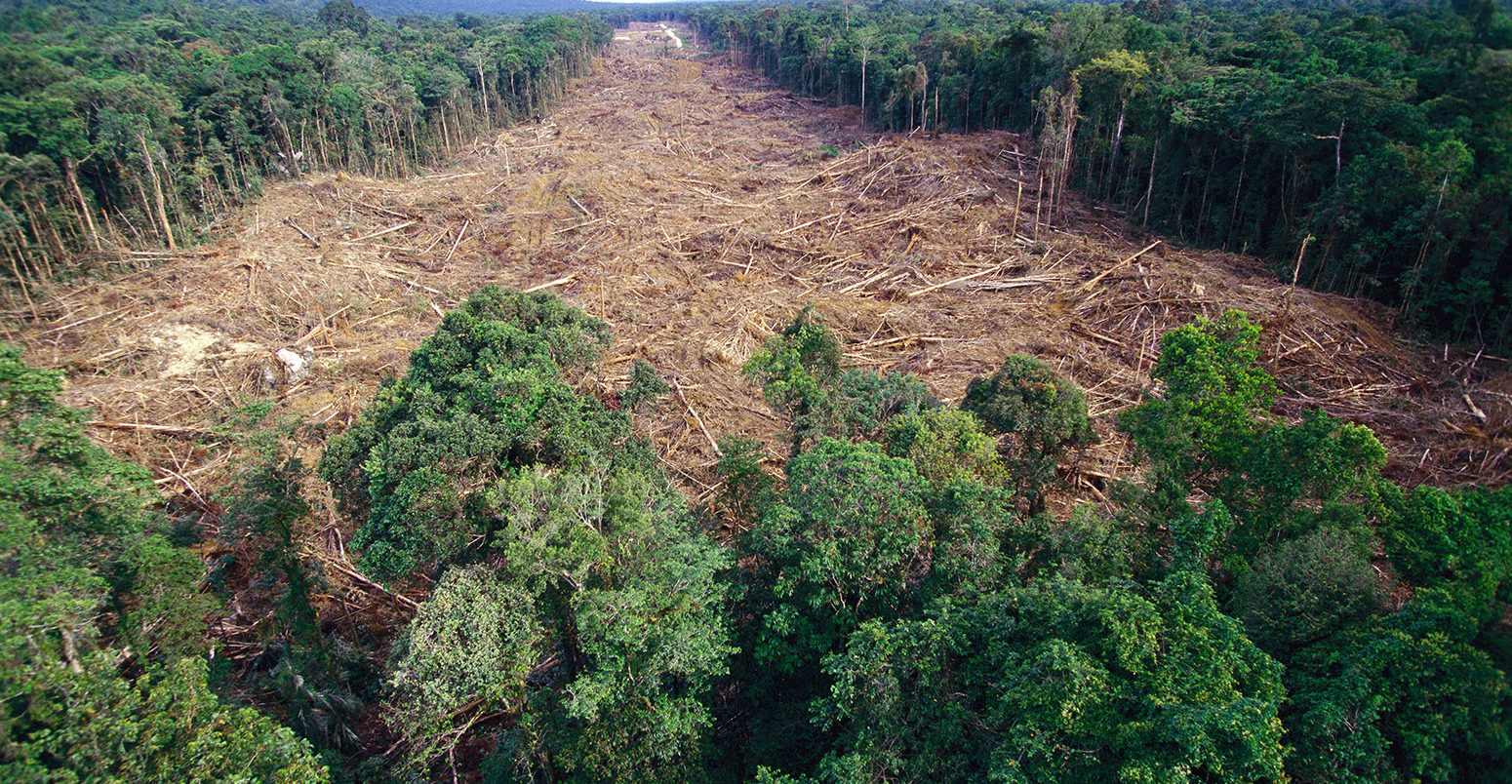 The subject of emerging infectious disease is on everyone’s mind in recent months, as the new disease COVID-19 continues to cause suffering and claim lives all over the world.  Virologists had been warning for decades that ‘Disease X’ was on its way, and it is clear that this current outbreak will not be the last, and perhaps not even the most devastating pandemic that humankind has to deal with.  In the face of this, the only way forward is collaboration with Nature, and it seems that forests may be one of our biggest allies.

‘One health’ is the emerging science of how the health of humans, domestic animals, wildlife and ecosystems are intimately connected. In recent years, doctors, biologists, veterinary scientists and ecologists have increasingly realised that they need to work together as, quite literally, what we do to the Earth, we do to ourselves. That humans are an intrinsic part of Nature and not separate from it is easy to forget as humans become ever more estranged from the natural world living in cities, surrounded by technology. But the events of recent months, as the newest ‘emerging infectious disease’ (EID) has changed our world, should bring home the cold truth. We cannot separate planetary health from human health, and it has been shown that two of the biggest drivers of emerging infectious disease are deforestation and forest fragmentation [1]. 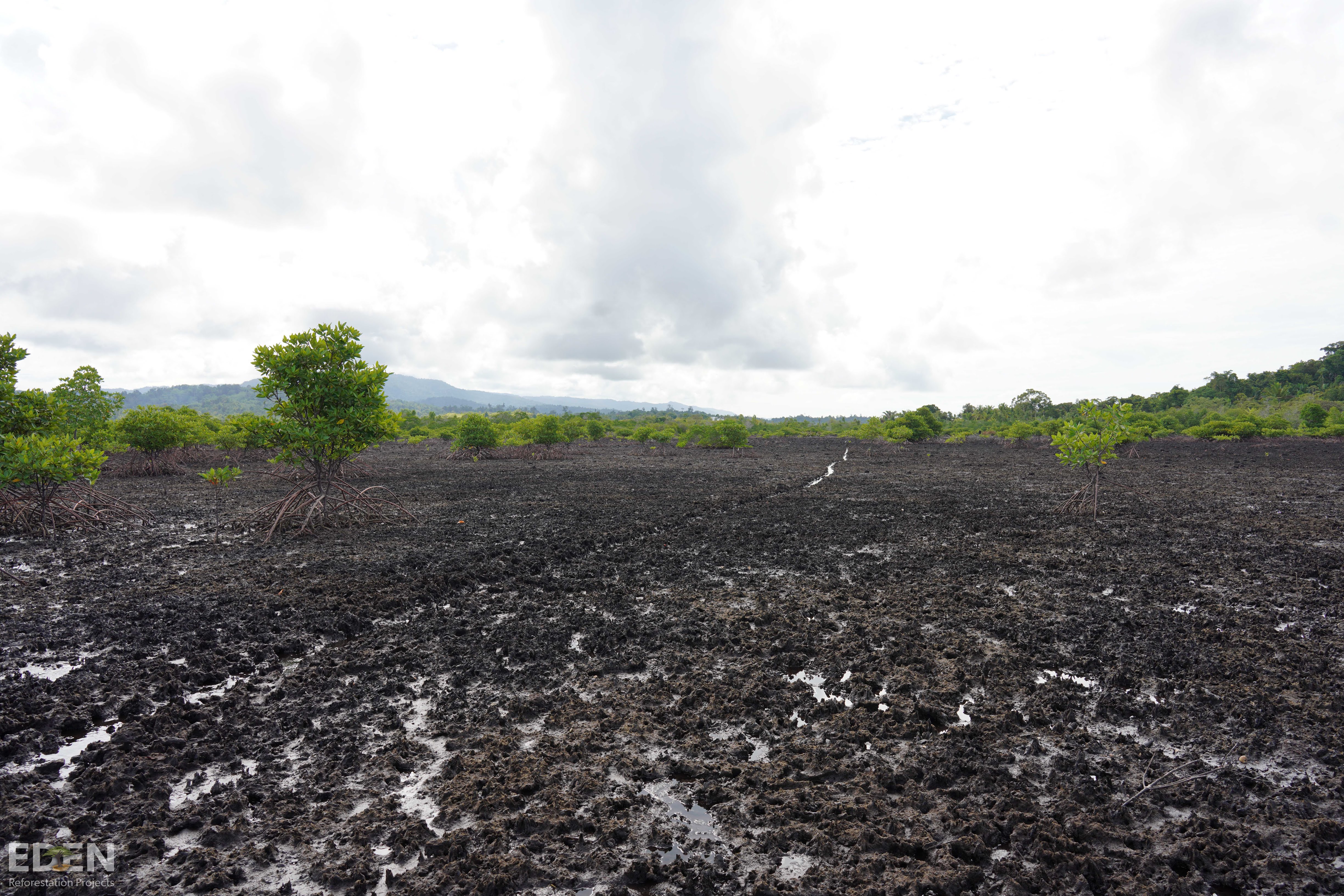 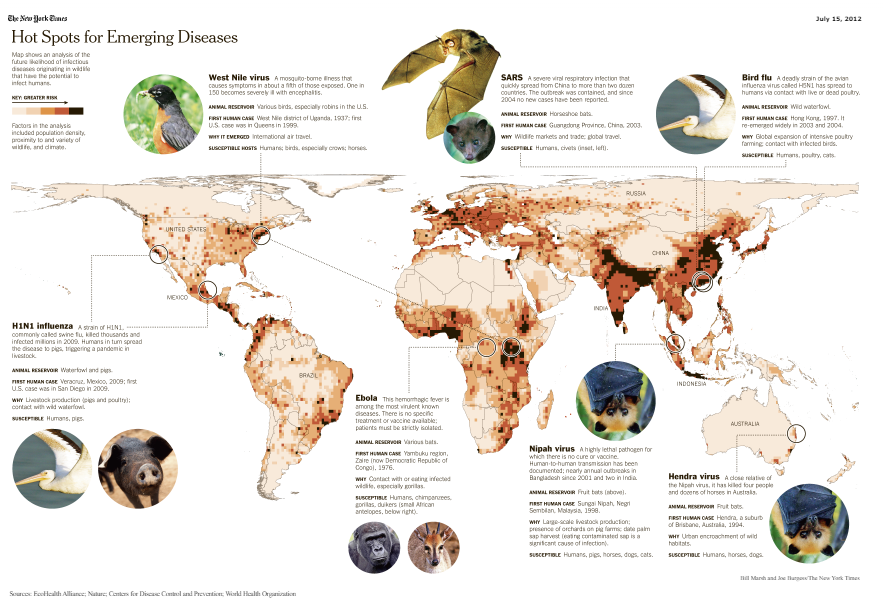 Deforestation causes many other problems: loss of carbon sequestration, climate change, soil loss and erosion, habitat loss and changes in local weather patterns to name a few, but according to researchers the emergence and spread of novel diseases, and the re-emergence of old threats is the most direct, measurable impact on human health from forest loss [2]. A recent estimate suggests that over 70% of all emerging infectious human diseases are zoonotic – meaning they originated in animals, usually wildlife [3]. These animal to human diseases currently cause around 700,000 human deaths yearly, and the potential for future pandemics is huge.  A recent Intergovernmental Science-Policy Platform on Biodiversity and Ecosystem Services  (IPBES) paper estimates that “as many as 1.7 million unidentified viruses of the type known to infect people are believed to still exist in mammals and water birds”, any one of which might cause a new outbreak of human disease [3].  Many of the current EIDs are forest associated, including Yellow Fever, Dengue Fever, Ebola, Nipah Virus, SARS, Rabies, Rocky Mountain Spotted Fever, Malaria, Leishmania, Sleeping Sickness, Babesia and Lyme disease. Others, like HIV, originated in forests and then moved away into the wider population, no longer transmitted purely from animals to humans in and around forests, but between humans all over the world [1]. 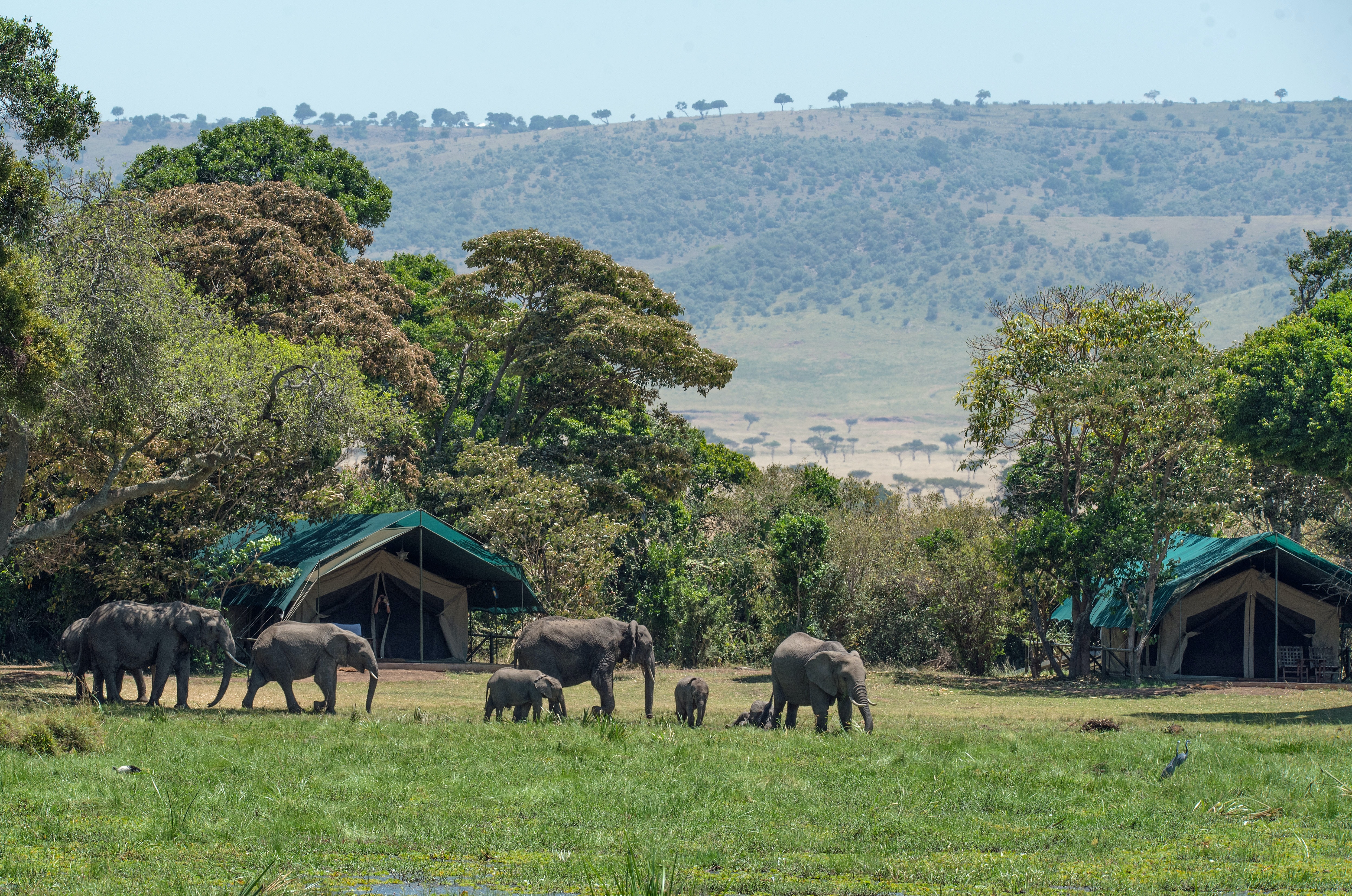 The reason destroying forests leads to human infectious disease outbreaks is multifactorial. One major cause of forest-born zoonotic diseases is increased contact between humans and wildlife as we destroy and ultimately fragment their habitat. The building of roads through previously intact forests brings first workers, and then subsequent settled populations into greater contact with wildlife as the land use changes. The very first epidemic-causing pathogens such as smallpox are believed to have emerged in tropical Asia due to large scale forest clearing and the mixing of humans, domestic animals and wildlife [1].

This loss and effective fragmentation of forest habitat also drives a decline in the quality of wildlife habitat, causing both population declines and extinction risk in wild species.

This is partly a simple loss of space, but also because interspecies and intraspecies interactions have been disrupted, invasive animals such as rats or domestic animals or weeds are accidentally or indirectly introduced, and other disruptive factors such as pollution and change in local climate and water patterns affect the local wildlife.

A recent systematic survey of virus data has shown that threatened species whose numbers are dwindling due to exploitation and loss of habitat harbour more than twice as many zoonotic viruses than those threatened by other causes [4].  These species tend also to be more intensively managed and monitored than other wild species which, combined with ecotourism, leads to increasing human contact, and therefore a greater risk of disease transmission to people [4].

When forest ecosystems are disturbed, there is a loss of diversity of animal species, especially large predators and keystone species, upon which the rest of the ecosystem depends. This leads to a population explosion of more generalist, adaptable species such as rodents, implicated as one of the three main orders of mammals acting as hosts for zoonotic viruses [4]. 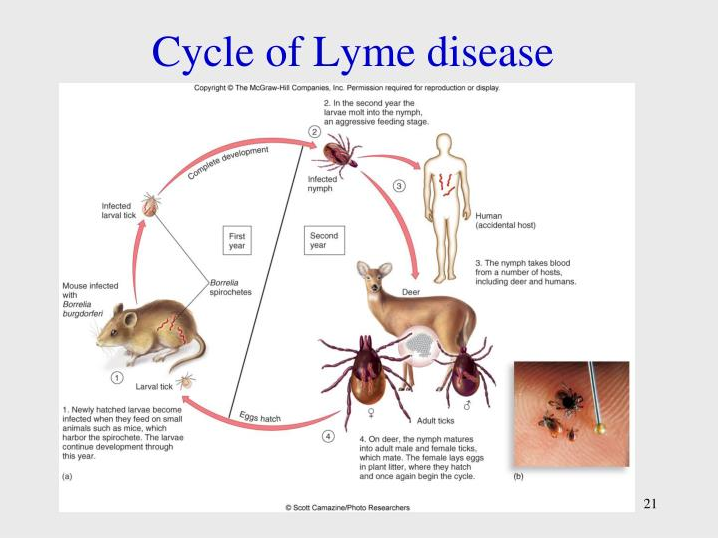 For example, wild rodents are the carriers of forest associated Hantavirus, which causes human haemorrhagic fever or pulmonary syndrome in Panama. Rodents also act as ‘super spreaders’ for the tick-borne Lyme disease organism and the sandfly-transmitted American Cutaneous Leishmania. Effectively the more the forest is fragmented, the higher the rodent density and the higher the disease risk to people [1, 2]. 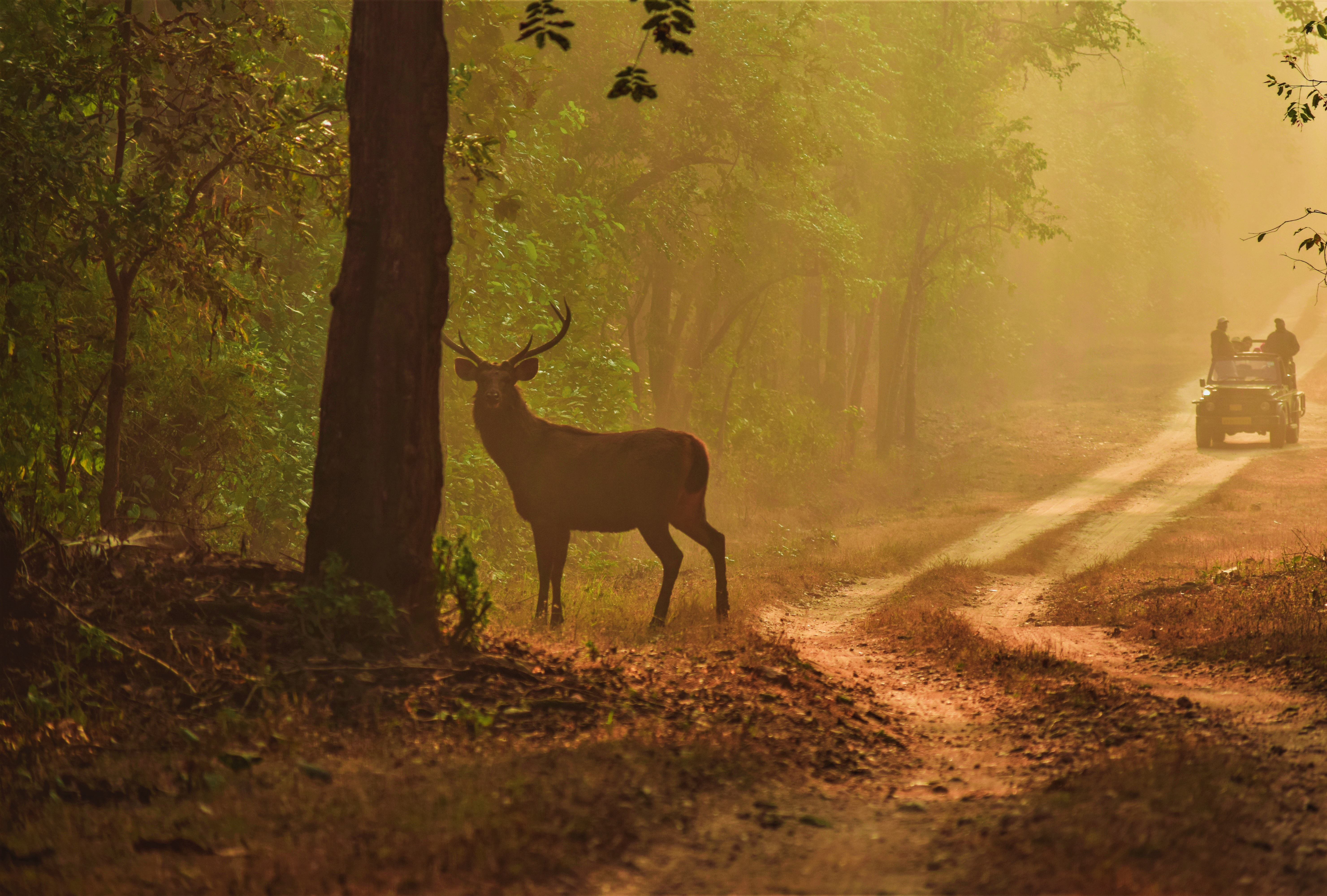 Sometimes removing forests and destroying habitat brings the more adaptable wildlife into human dominated areas. In South East Asia there has been loss of 30% of the forest cover over the last 40 years [5]. This changing landscape has brought more and more bats to human settlements - forest is less available, house lights attract the insects they feed on and various handy niches mean different species of bat are living together for the first time. All this leads to a high concentration and diversity of bat viruses with an increased risk of the viruses evolving, adapting to different species and being spread by direct contact, domestic animal infection or contamination by urine or faeces [5]. This was the mechanism for  the emergence of SARS virus via civets, Hendra virus via domestic horses, and Nipah virus via domestic pigs.

Another major factor in the increase of disease risk from deforestation is the resulting increase in the insect vectors that spread disease from human to human, or from animal to human. For example, the malaria mosquito vector increases in number around forest edges, and clearing and fragmenting forests increases the amount of edge. In Peru, it has been shown that there are 278 times more malaria mosquito bites in deforested areas around human settlements than in forested areas [2].

The worldwide scope and spread of malaria infections is widely predicted to increase alongside increasing deforestation, with one study suggesting that 48% of the increase in the incidence of malaria in Brazil is explained by the increase of deforestation between 1997 and 2000 [6]. In Sumatra a spatiotemporal study found that the risk of Dengue fever, another mosquito borne pathogen, decreases by 9% for every 1% increase in forest cover, likely due to the forest affecting humidity and temperature [7]. Deforestation for agriculture is the most important factor in the spread of the mosquito borne Yellow Fever virus in Africa, and its recent resurgence in Brazil [8].

The deforestation of uplands also leads to soil erosion and flooding, this has led to outbreaks of leptospirosis in people living downstream, in addition to water borne pathogens such as norovirus, campylobacter, cholera and giardia.  And the effects on human health are not limited to disease outbreaks. 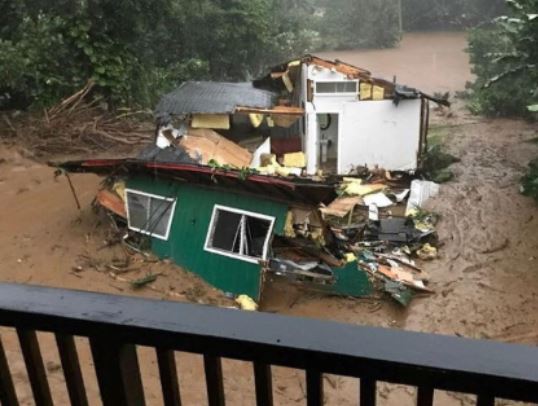 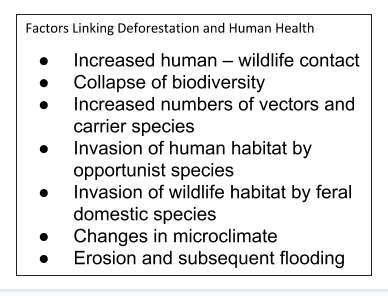 The effects of deforestation on microclimate, local temperatures, rainfall and pollution are factors implicated in a 2015 study which found that a reduction in deforestation due to government programs in Brazil led to a corresponding reduction in the incidence of premature births and very low birthweight births [9].

The evidence for the direct link between the effects of deforestation on wildlife species and human health is one of the many reasons that humans need to take stock of what forests really mean to us. The prevention of future outbreaks of new diseases, or  'Regulation of pathogen emergence' is just one more service to add to the list of amazing things that intact, undisturbed forest ecosystems do for humankind. If we want to avoid more and more future pandemics, we urgently need to stop destroying what is left of the world's forests, and work hard to restore and reconnect the degraded areas to allow both forests, and humans, to thrive. 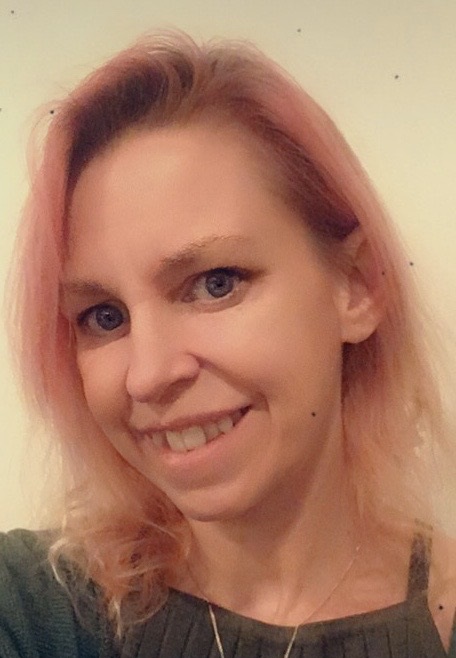 Dr Amelie Summer is a volunteer at TreeSisters with the TreePod group. She graduated from Cambridge University in 2006 with a BA in pathology and conservation biology and a VetMB in veterinary medicine. She completed her MVetSci in conservation medicine at Edinburgh University in 2016 and a permaculture design certificate in 2019. She now works in veterinary practice alongside her work as a volunteer tree project reviewer for TreeSisters and a volunteer campaigner for the Woodland Trust. She blogs at www.earthspirals.com