The Healing Keys inside the Female Body

Did you know that up until twenty years ago, all stress research was done on men? I just discovered this, and it blew me away. Researchers thought that female hormones fluctuated too much to measure accurately, so they left them out of their studies.

Luckily, a researcher named Shelley Taylor decided to embark upon a ground-breaking stress study - one that included women. What she discovered could have a potentially radical impact for women, especially women who are engaged in a healing journey of any kind. Taylor's studies show that the typical 'Fight, Flight or Freeze' stress response isn't the only response to stress for women. The female body often responds to stress with a flush of different hormones, including Oxytocin, which instead creates an attitude of 'Tend and Befriend'.

In times of stress women don’t necessarily move to run or fight, they reach out to protect and connect. Oxytocin is sometimes referred to as the 'Goddess Hormone', and along with the other 'Tend and Befriend' hormones, it serves as the female body's natural de-stressing mechanism, by: ~helping muscles to relax ~reducing blood pressure and cortisol levels ~increasing pain thresholds ~activating anti-anxiety effects ~and promoting the body's natural healing response. 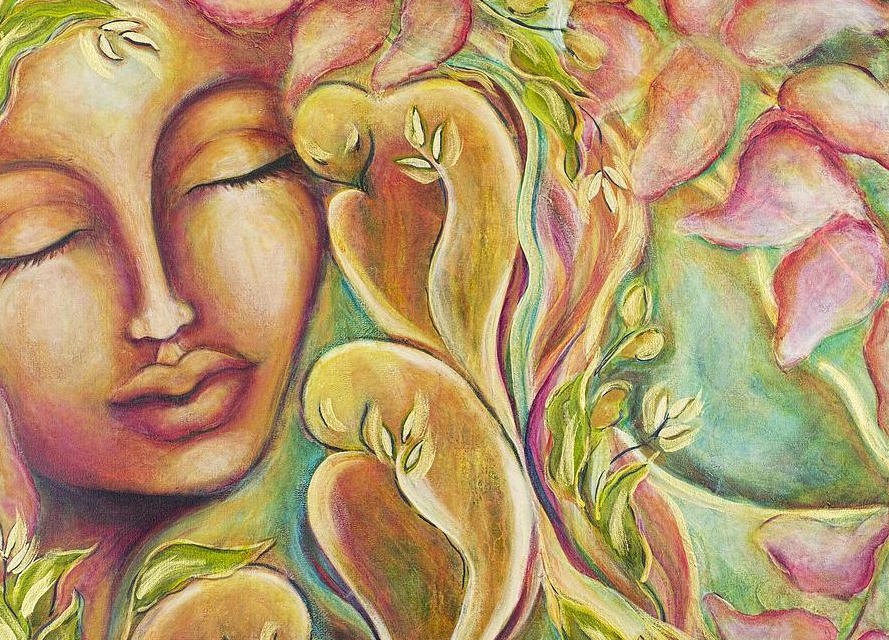 Happily, there are many ways to activate this 'tend and befriend' response, and all it's healing benefits, without being stressed.  Hugging a friend, cooking a meal for someone you love, petting your dog, walking in nature, and even giving yourself a thirty second shoulder rub all release a flush of oxytocin and it’s host of healing effects.

For the last five years, I've been on a recovery journey from chronic digestive pain, so I'm especially curious about the potential healing effects of this ‘Goddess Hormone’. One of the turning points in my healing was when I joined the TreeSisters team and began to connect with them in weekly team meetings, as well as taking part in the Awakening Women Institute's online women's programs.

I noticed that my symptoms were reduced both during, and directly after experiences of being in circle with women (even online ones).