Update from the Field with Project GreenHands in India 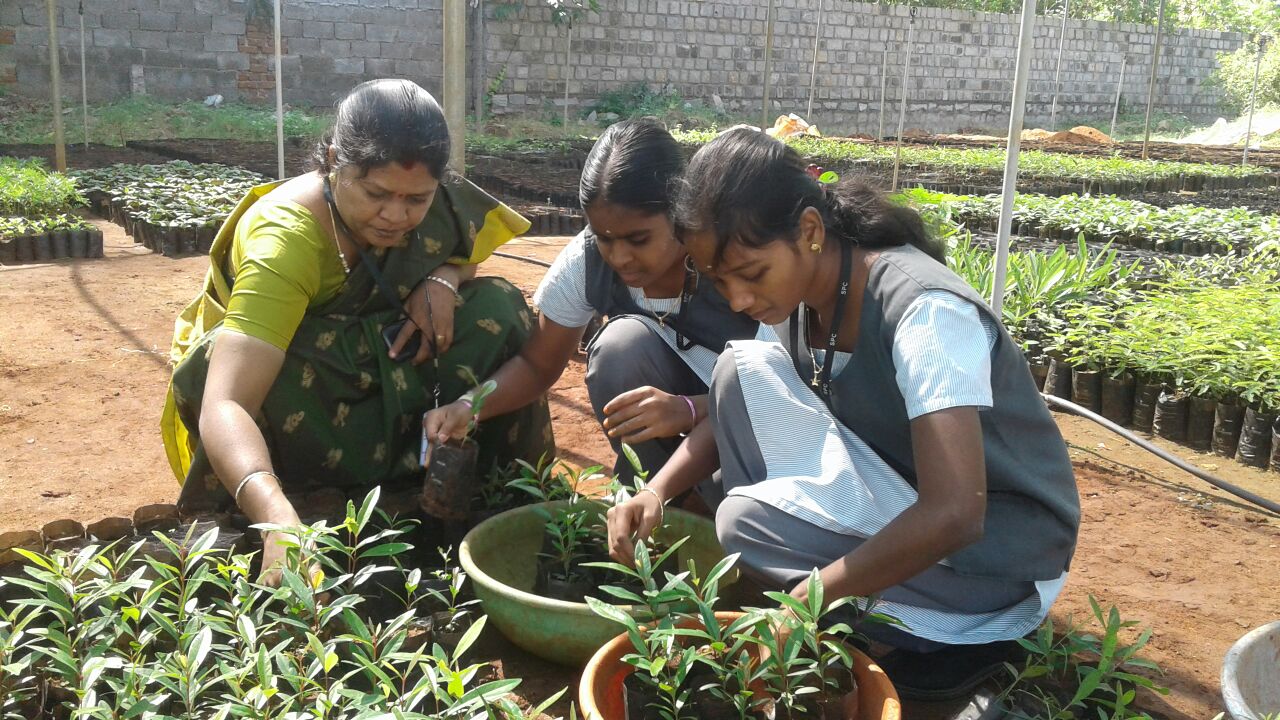 Life is getting more than interesting for our planting partners in southern India, Project GreenHands. Thanks to climate change, it's getting the sort of hard that requires nimble response and huge creative thinking at a whole systems level.

I had a long chat with the project leader Anand this morning to get a feel for the scope of the problems that they're facing and how they are dealing with it all. The loud issue is that the rains keep failing - or as Anand puts it, the rains come when they feel 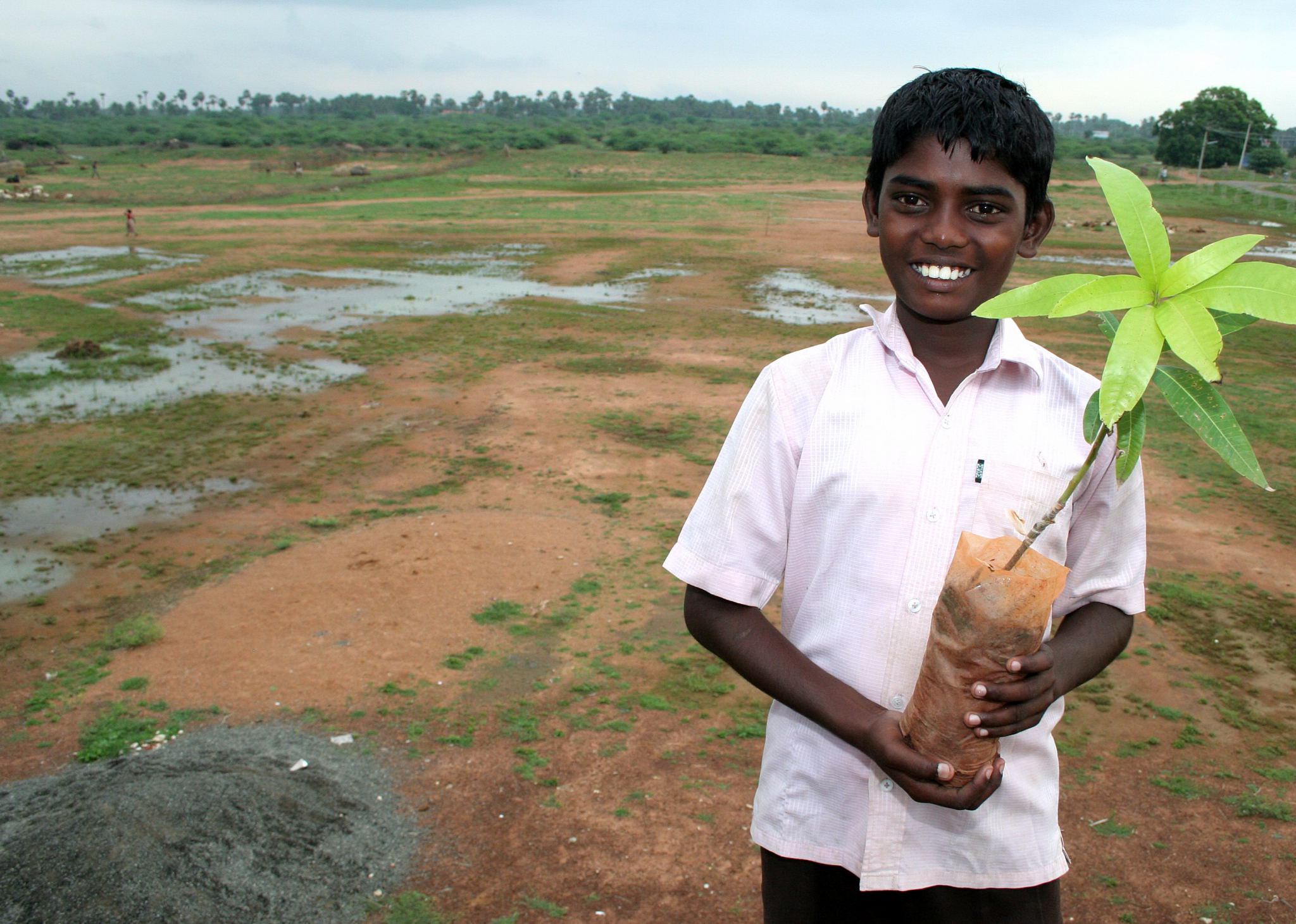 like it, if at all, and not when the reliable monsoons of the pre climate change eras used to come.

The rains used to come in two main waves. June/July, and then September/October. In 2015 the only rain fell in December and it was the same amount in total, but that intensity floods everything so planting has to wait until the water has cleared and lack of trees mean that top soil often washes away radically reducing soil fertility.

In 2016 no rain fell, which means that water intensive agriculture has to stop and major rations are already in place. People in the region between Coimbatore and the Isha Ashram (home of PGH) are limited to queuing in their evenings for the 2 hours during which 2 pots of drinking water per household are measured out.

A five day cyclone just provided some relief and several more are predicted but that doesn't mean that they will come, and if they don't, Anand says that the real drought will hit when the burning summer heat hits and there simply isn't water to go around. Sadly, a sign of things to come.

Project GreenHands are big thinkers, strategic planners and multi faceted in their service to their community and country. Sadhguru, leader of the Isha Foundation is working at the national level to try to create a national awareness raising campaign and rally to 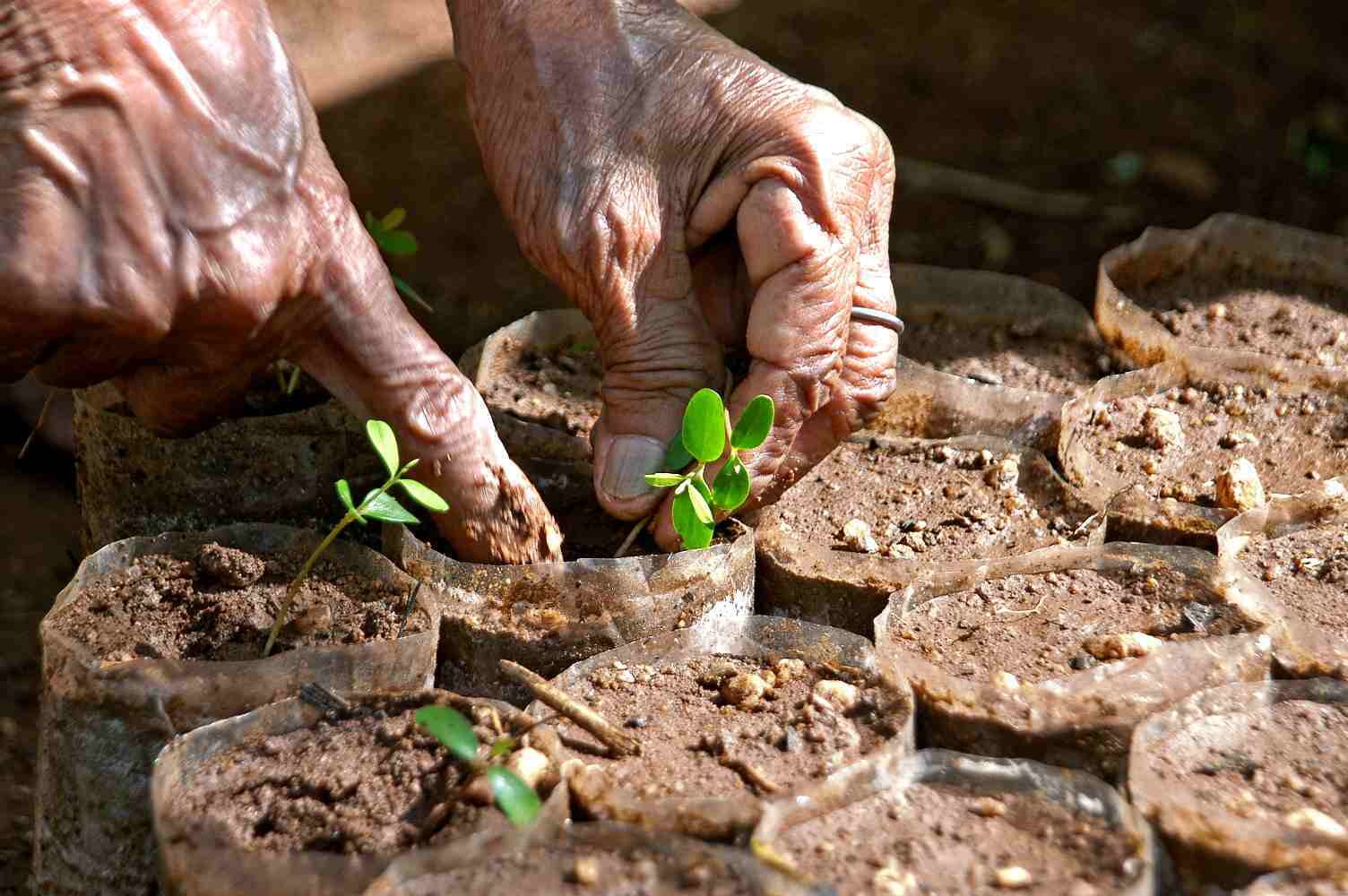 unite the country around river conservation to try to protect the dwindling water - as rivers are considered deities and thus sacred to Indians. They have to get the Government to lead or it simply wont happen, and they also need to help the Government understand how to work with communities so that the roll out of such a project could actually succeed.

This year they are going to gather river conservationists and experts from around the world to gather all possible solutions so that together they can create a Government Scheme Module that the leadership could get their heads around and then feasibly implement. PGH would operate as a Government consulting agency rather than a project implementer which makes sense when you understand the scale of what is being dreamt up.

The intention is to grow a minimum of 1Km width of forest on both sides of the rivers - which when you understand the scale of India and it's rivers is huge. 200million trees for one river alone. This sort of thinking is what caught my heart all those years ago and inspired TreeSisters. They are and always have been right scaled for what we're facing.

Other amazing news is that they are starting regeneration forests as live seed banks which means that people are waking up the fact that they need forests specifically to ensure that seeds for yet more, stay available. Sacred Groves used to belong to every village in southern India as their way of ensuring rainfall and protecting the seed stock of the trees. A certain number of nature trees would help draw the clouds down from the Western Ghats ensuring a specific number of days of rainfall needed to fill the village underground tanks. That wisdom captured my imagination when I first went to India and it has always been my dream that Sacred Groves could be re-grown for such a purpose, as they are sacred and no one can cut the trees.

So PGH have started engaging some business owners to turn corporate lands into living seed banks by restoring forest cover. 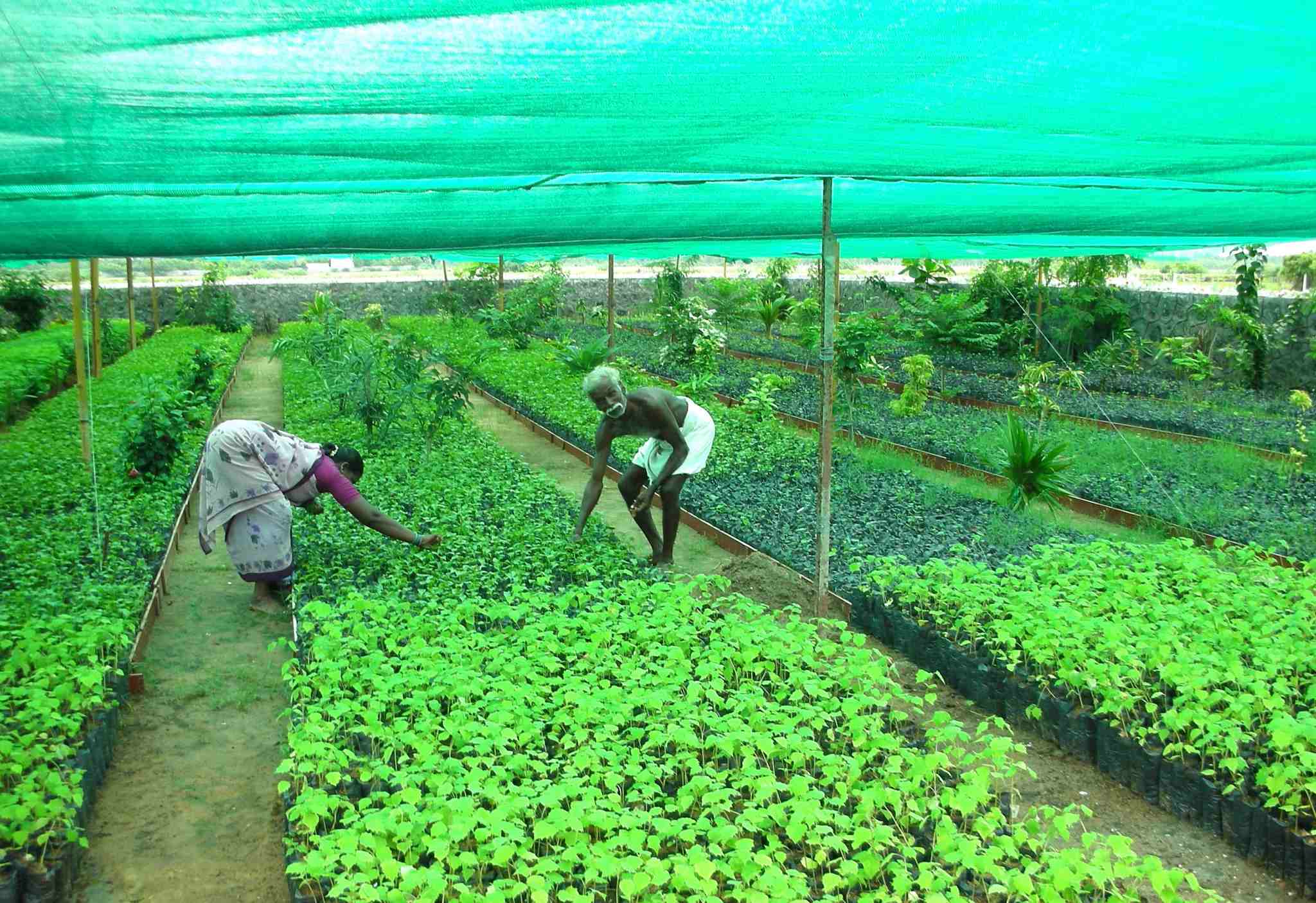 Amazing news. 10-15 requests to participate have come in this year already.

They are also focusing on helping farmers transition from chemical to sustainable agriculture - helping over 600 farmers by bringing in experts in what they call Farmer to Farmer trainings. I am always stunned at how PGH see an issue and then create a solution. They just get on with it.

So, to our trees. When I first fell in love with PGH they were doing major work in local villages transforming the culture and greening the land. As Anand shared with me, they can do this close to the Ashram but beyond that it is hard to get the level of sponsorship needed to carry whole communities through a 5 year transition, so they chose to go wide rather than deep and reach as many farmers as possible with the agro-forestry work.

Agro-forestry is where trees play a vital role in agriculture, adding to soil fertility, fruit, nut, seed and pepper corn production (grown on trunks) alongside crops and animal husbandry. It makes forestry indivisible from farming and increases fertility and water conservation as well as providing income and shade and fodder for animals.

I asked how they spread the word through the farming community and the answers were fascinating.

1. They interview successful agro-forestry farmers, get them into print in the best farming magazines
2. The do stalls at agricultural expo's with all their leaflets and information alongside a full range of the saplings that they provide for new farmers
3. They distribute saplings at weddings as gifts from the bride and groom along with their phone number so that potential farmers can get in contact. Considering that over 1000 people attend each wedding and over 300 saplings are handed out at each one, and that from a standing start in 2011, they now hand out trees at over 1700 weddings a year, you have to bow deeply at their persistence!

Volunteers go to the marriage halls to talk to the brokers, do 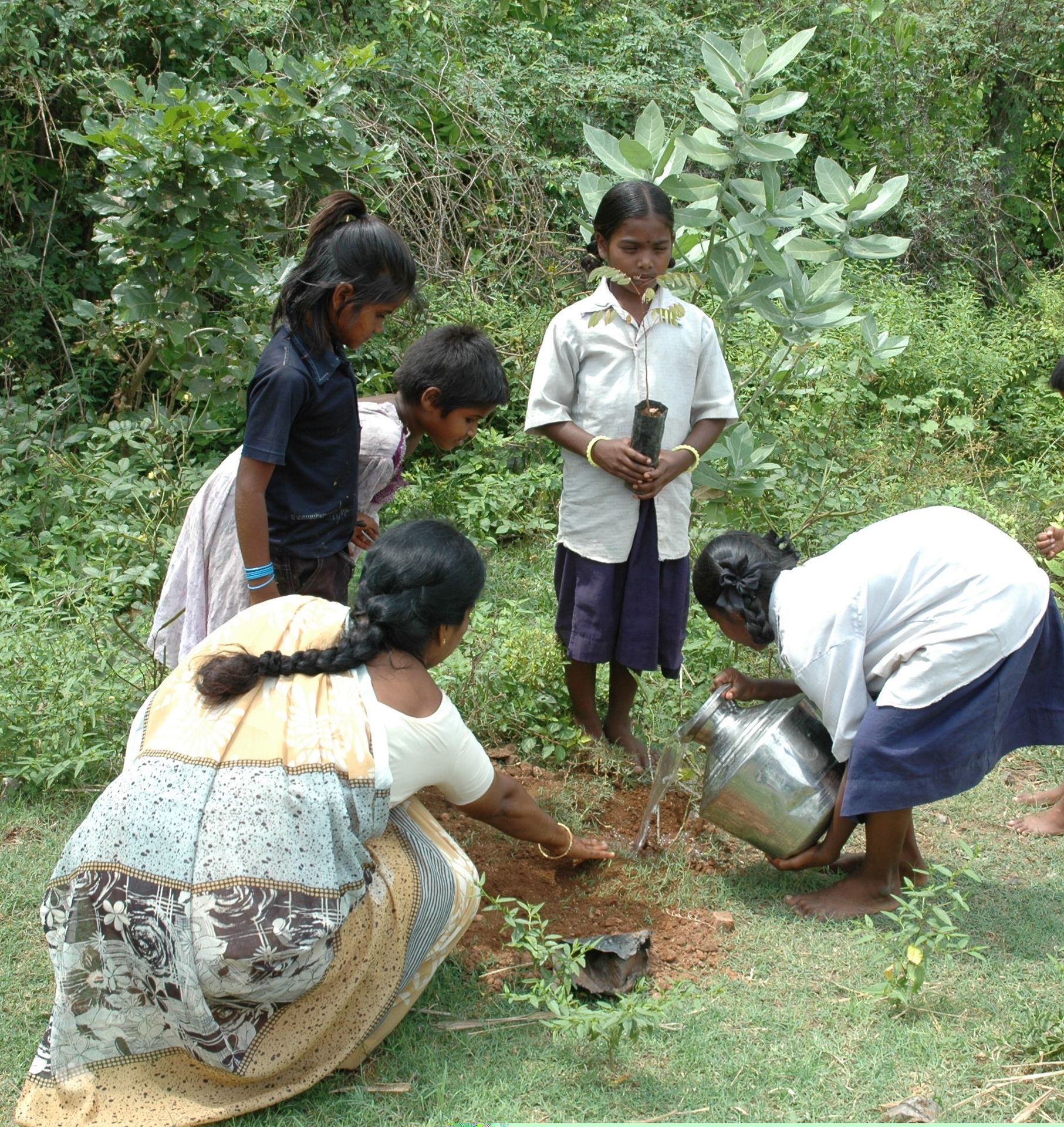 networking, put up posters, and ask to be put in contact with the couples to be. Once the word is spread and the support PGH offer is known, farmers get in contact and the process of hand holding starts.

We fund these more expensive trees because they are monitored, drip irrigated, replanted in case of drought, fire or flood (all of which are happening) and because this is a direct way of making trees indivisible from a life style already connected to the land. As more farmers shift away from the chemical industrial agriculture that is decimating soil and water tables, agro-forestry and sustainable agriculture go hand in hand as a solution for famer, river and land.

Now - lets all of us say a prayer for the rain to go where it's needed. Tamil Nadu please, thank you. 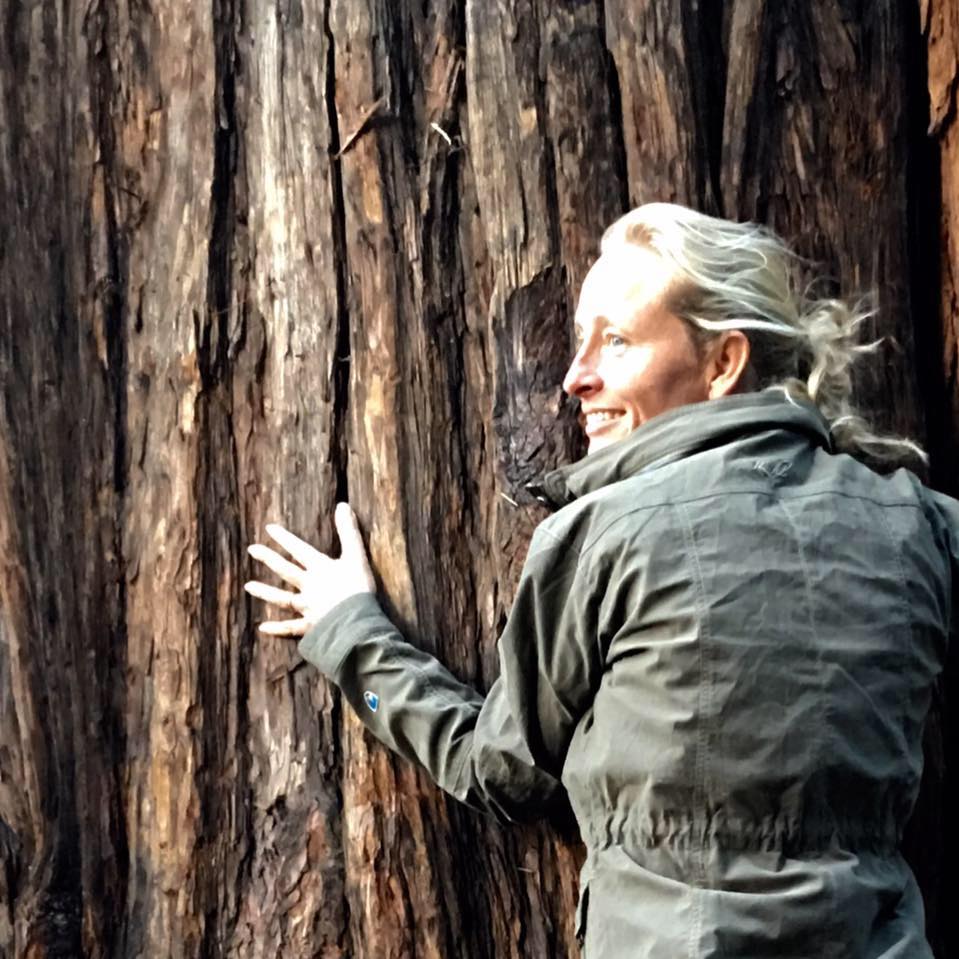 Clare is an Earth loving social entrepreneur and inspirational speaker who worked internationally for 18 years facilitating groups, coaching business leaders and creating behaviour change processes within the personal growth sector. Clare is leading the TreeSisters campaign; focusing on network development and the empowerment of women. She has been developing the ethos and principles, the team and organisational culture, the campaign strategy, the framework of the Maps and behaviour change materials. She is committed to the creation of an evolving system that learns as it goes and continually models itself upon the flows and forms of living systems.