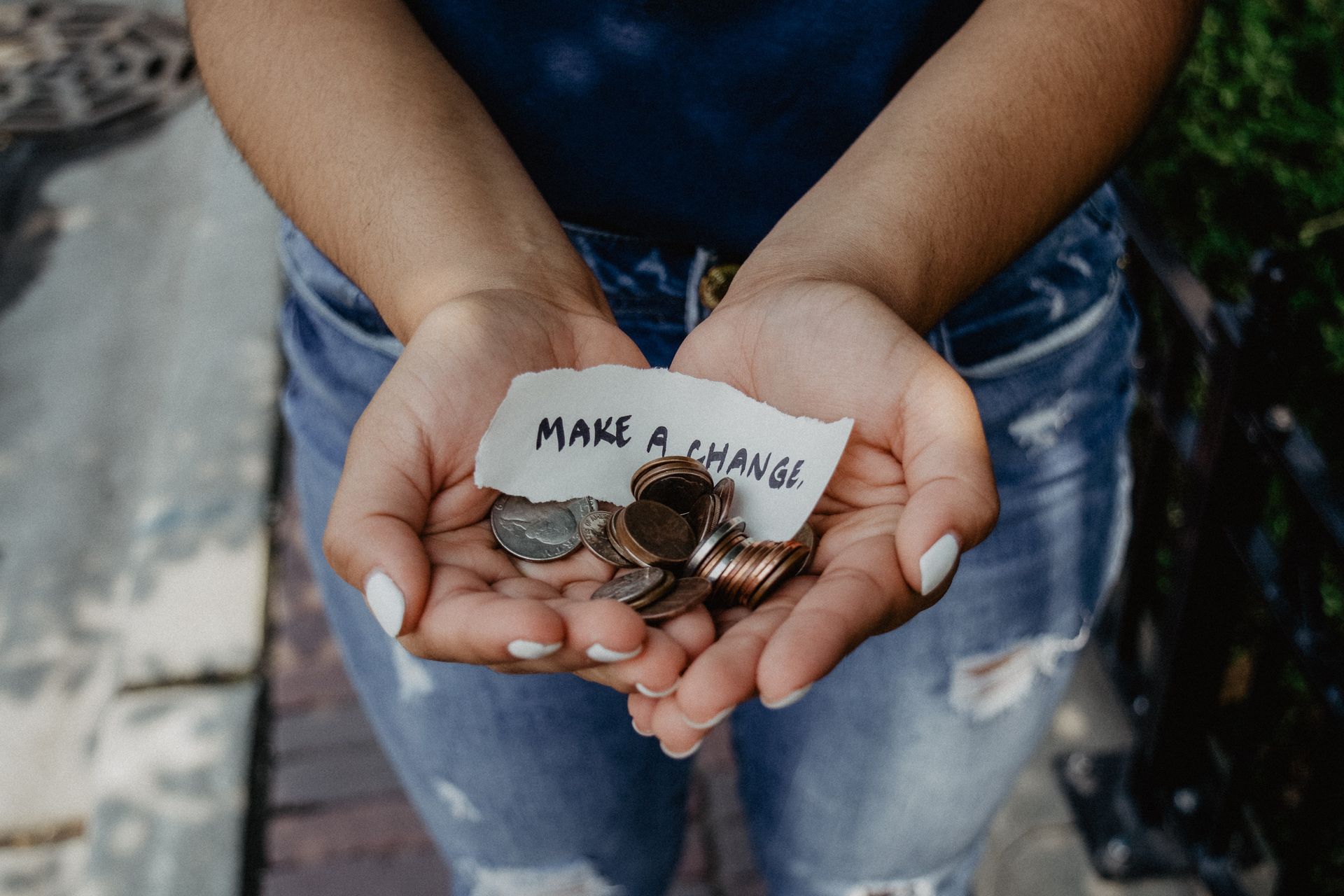 Part One of our Women and Philanthropy blog Series

Ok so here's the truth I would rather show my breasts in public than my bank statement! It appears somehow that my sexual liberation has bounded ahead of my liberation around money! I know that I should feel confident around money and my choices. And I do, around other people's money, in my work life managing money for the organisations I work for is something I feel very comfortable with. When it comes to my own relationship though things get a little more tricky. I am also still amazed by the incredible, intelligent, savvy, and very confident women I know, (and some men) who when asked to complete their tax return or to submit an expenses sheet, respond as if I have asked them to have their teeth pulled or tell me they just don't do numbers! 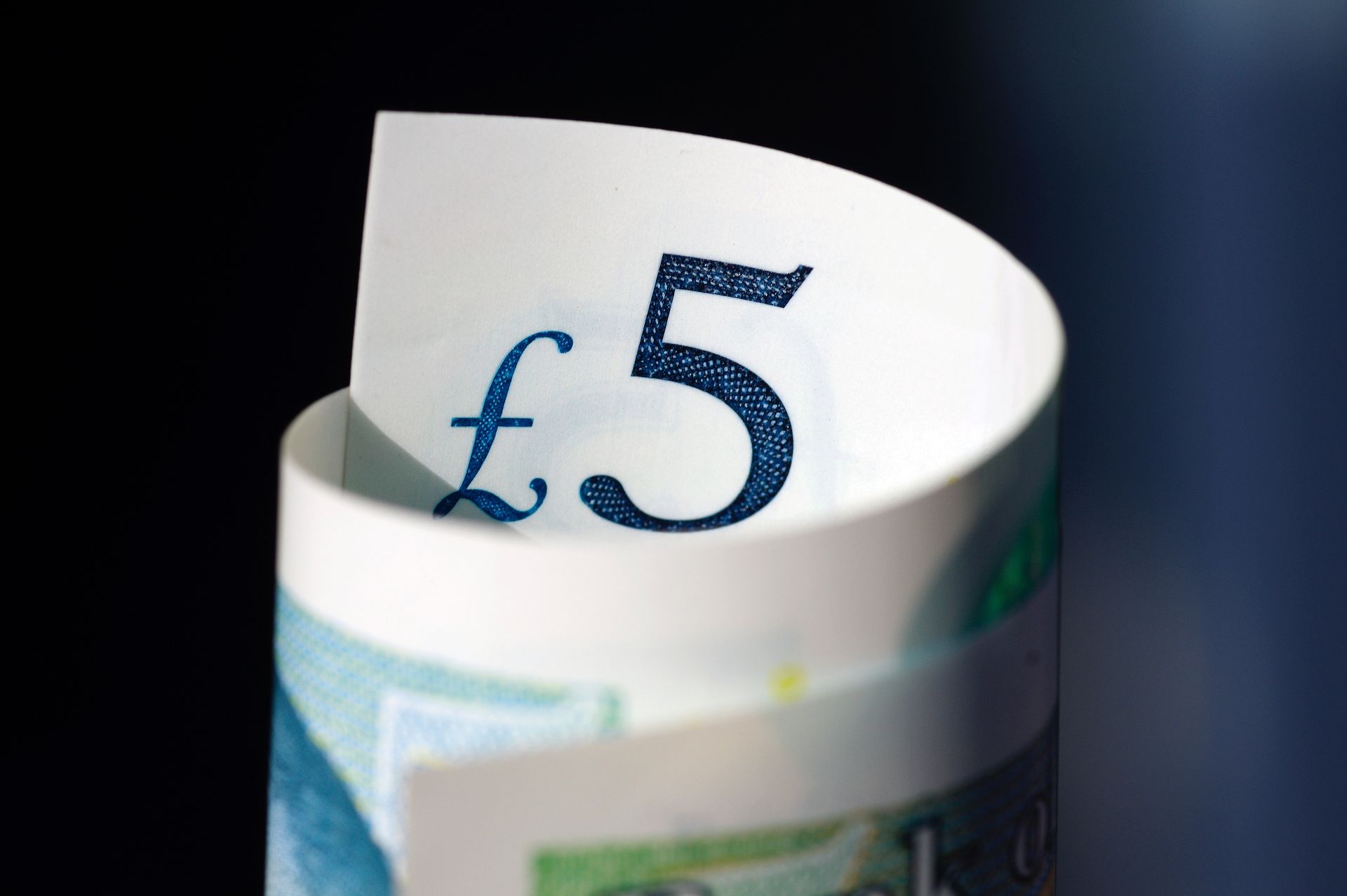 The energy of money is intensely personal to me and I admit that at times I also feel a lot of shame around money and my choices, particularly when linked with my care of the planet. In a way, though after thinking about it, I suppose I shouldn't be too surprised by myself or others as it's actually only very recently that as women we have had financial independence. Recent enough that as a woman in my fifties, I still remember going into a store to buy a lounge suite, and having the salesman tell me that 'I should ask my husband' before making the purchase! In the UK, a woman could still be refused credit without a male guarantor until 1980. I wonder where this energy leaves us now whatever our personal financial situations?

So, I thought I would start by taking a brief look at the history of money and women. How did we get to where we are now? Interestingly ancient Egyptian women held equal monetary and inheritance rights with men but it wasn't until 1870 that the UK passed the Married Women's Property Act finally giving women the right to own property that didn't immediately pass to their spouses on marriage. UK women finally gained equal inheritance rights in 1922. However married women still couldn't open their own bank account! The French were the first to allow this in 1881 but it took the UK until 1975! And if you think this is just the UK, the stats for the US and other western style economies look pretty similar. So from this quick research what becomes really clear is that the history of money, for our mothers, grandmothers and great grandmothers has been one where the trust given to women to earn, spend and invest money has been limited.

In my personal recollection, women's wages were often referred to as 'pin money', and there was an expectation that her earnings would be low, and that her spending would be limited to household requirements. Things are changing of course, although any optimism here is tempered by these rather sobering statistics. In April 2017, the gender pay gap (for median earnings) for full-time employees in the UK was still 9.1%, in favour of men. (Office of National Statistics). Gender pay gap aside, it seems we are still likely to tell people we earn less than our male partner even when we don't. A recent NY Times article showed that where a women earnt more than her partner she was likely to downplay her earnings by 1.9% and her partner would upscale his by 2.9% because it felt more socially acceptable!

After reviewing the history, I thought I would begin an exploration of my own relationship with money, to try and understand my own history, and how I can begin to shape my choices in ways that make me feel confident and less anxious. So, I asked myself two questions and then journaled my responses. 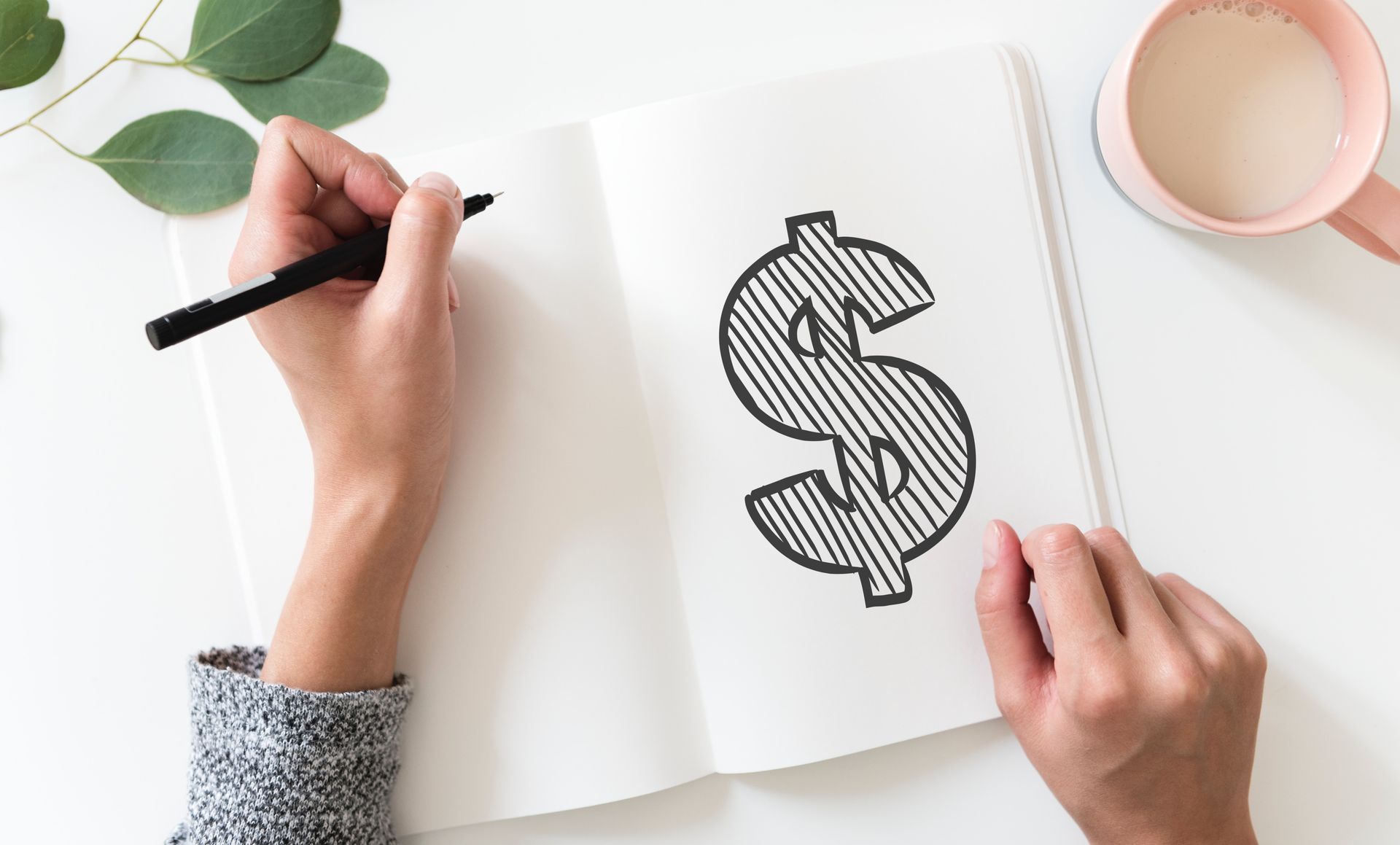 These are the questions I asked:

What is my relationship with money?
Can money ever be sacred?

I would love to invite you to journal to these questions and explore what comes up for you too?

When I invited myself to look at my relationship with money, I realised that I saw money as something that I had to work really hard for, and that there were always demands on my money from lots of different sources. I saw a mirroring between my time and my money, and how there was somehow never enough of it or me? Money felt like a hard task master and instead of ease and flow I felt restriction and shame. I realised that I had a lot of preconceptions that I had picked up from childhood, these related to wasting money, to spending money on frivolities, to spending money on myself. There were a lot of strands around self-worth. I was reminded of the advert that tells me that I am worth it? When I thought about self worth and money I felt a lot of guilt and shame...associated with my choices, and how I wasn't as wise or as careful with my money as I believed I should be. I also realised that I quite often hid spending on myself from my partner. For me there was a strong link between money and my self worth.

In moving the exploration forward I began to journal around the second question, and there was a realisation for me (strangely surprising) that money and resources were no longer linked. Even when I was younger money was still linked to gold reserves. There was a physical resource that linked money to the planet and the resources that the planet provided me. Move forward to now and even paper money features less and less in my life, the physical embodied presence of money, has disappeared. When I'm shopping, I don't even need to enter a number into the card machine, I just wave the card in front of the machine. I realised the huge disconnection between me and the physical presence of money. I wondered how this lack of embodied link impacts my relationship with money. Does it impact my choices on how I spend my money? Am I able to see the 'real' value of the planetary resources I am consuming? Interestingly as I journaled on this, the concept of interest and investment, debt and payment was very much at the forefront of my mind. As well as the increasing and incessant need for growth that is a constant in our society. My mind moved to the debts of nations, and how the poorest nations and the poorest individuals suffer under the weight of this debt? I realised that I wanted to know more about how debt works, and the reason behind interest payments and return. Quite often as an accountant I am asked to measure return but what does that really mean? What are the measures that I want for a return on my investment of my money? What is a return? What is a good return for all of us, the planet included? There seemed to be some basics around money that required my attention, that I hadn't given enough thought to in the past. 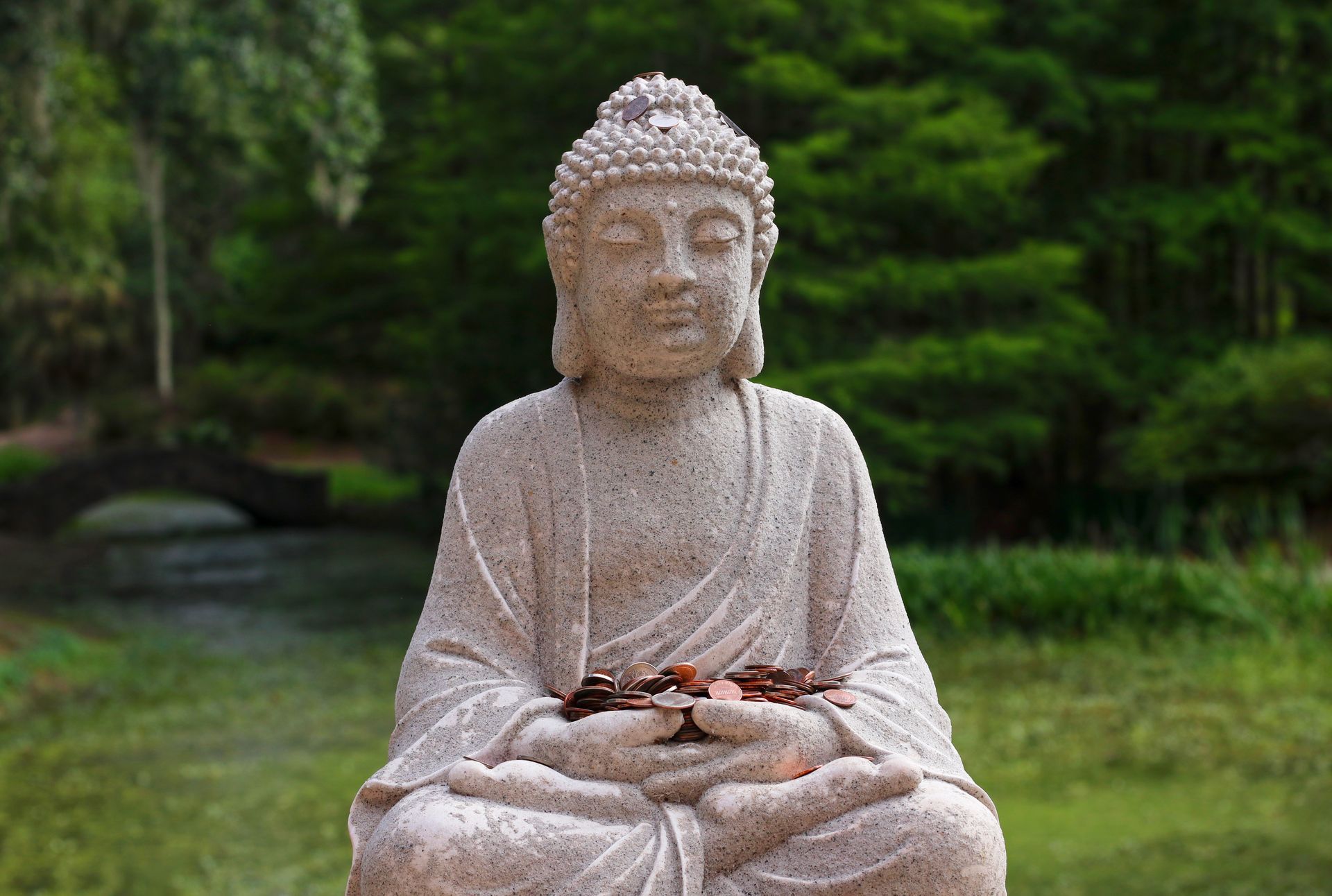 Finally, I journaled around whether money could ever be sacred and what became really clear as I journaled, was that for me it could. I explored how when someone made something really beautiful such as a piece of art, or where they grew luscious food, or where they did something for me that made a real difference to my life that I wanted there to be an exchange of energy, where I could do something for them. It seemed clear to me that reciprocity, and exchange wasn't a bad thing. But I wondered why I would want to store up that reciprocity? Why wouldn't I want to share and allow. I realised very quickly as I journaled that money has some of the same energy as water. That it could be life giving, and that it was primarily meant to move and flow. When stored it became stagnant. Yet at the same time I was gripped with the fear of not enough. Of not having savings and of living 'hand to mouth'. As I journaled I was aware of a tightening within my body, and a sense of fear, around lack. I stayed with that for a while to see what arose and interestingly the more I sat with the fear of not enough, the more a sense of abundance in my life grew. I thought of my garden and the produce I grow there, of the time with friends and family and I felt a huge gratitude for the life and money I have. I realised that the things I cherish the most had very little to do with money. I realised the numerous ways in which I give back, and I felt a genuine desire to audit my life and my resources. As I journaled I changed my thoughts about money to one of resources. And began to list the resources I use and the resources I have, and the resources I need for an abundant life. I am still in the process of this 'audit' more to follow. 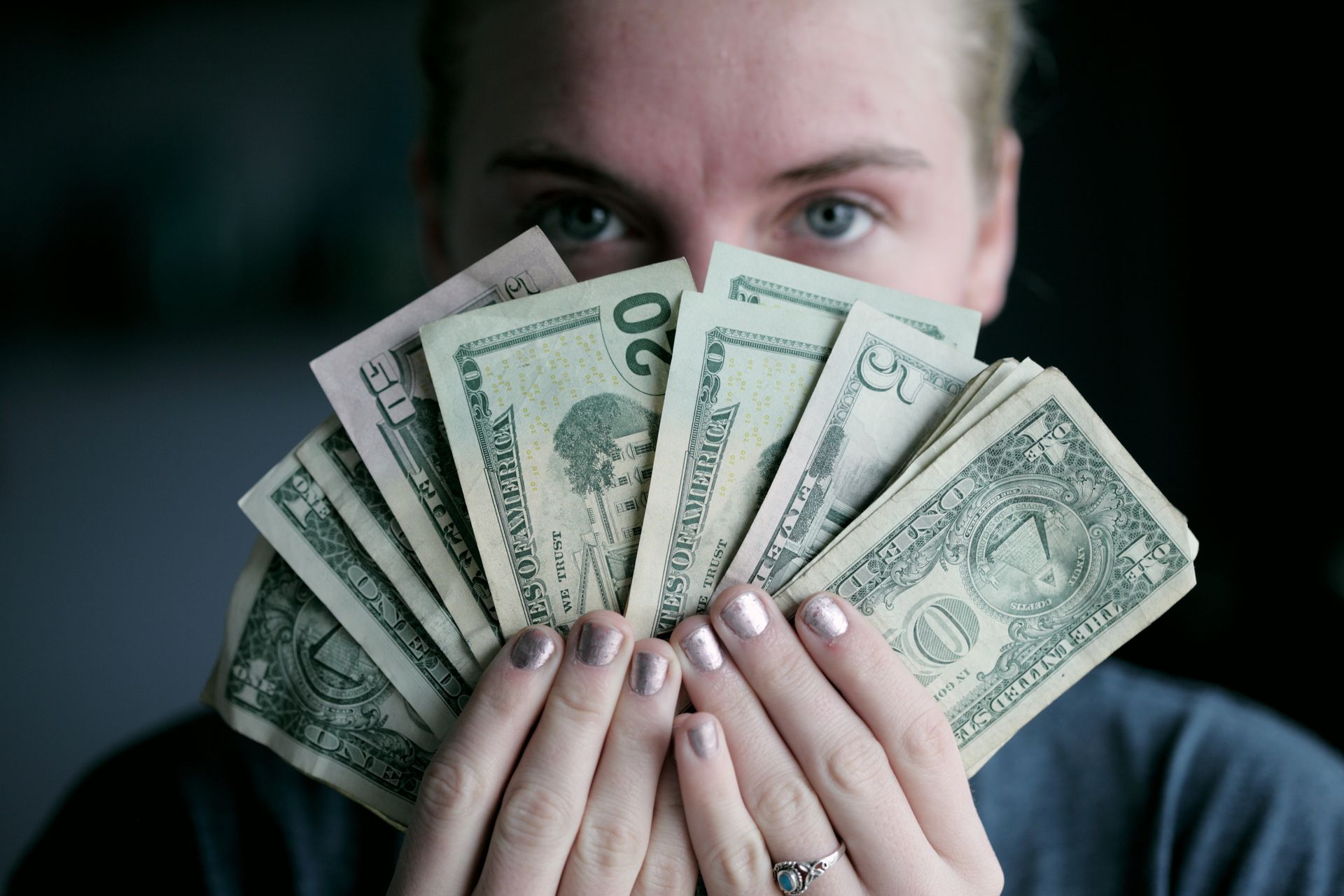 I hope that you get as much out of this exploration as I have, and begin to question your relationship with money. We will be continuing the conversation over a series of three blogs where we will explore money and its potential to be a sacred life force, culminating in our annual philanthropy webinar October 11th, 2pm, join our mailing list for details! Whatever your attitude to money we would love you to join the conversation!

All photos courtesy of Unsplash

To join our mailing list please visit our website www.treesisters.org
and scroll down to the bottom right hand side. Fill in your name, email and country then select submit. Thank you! 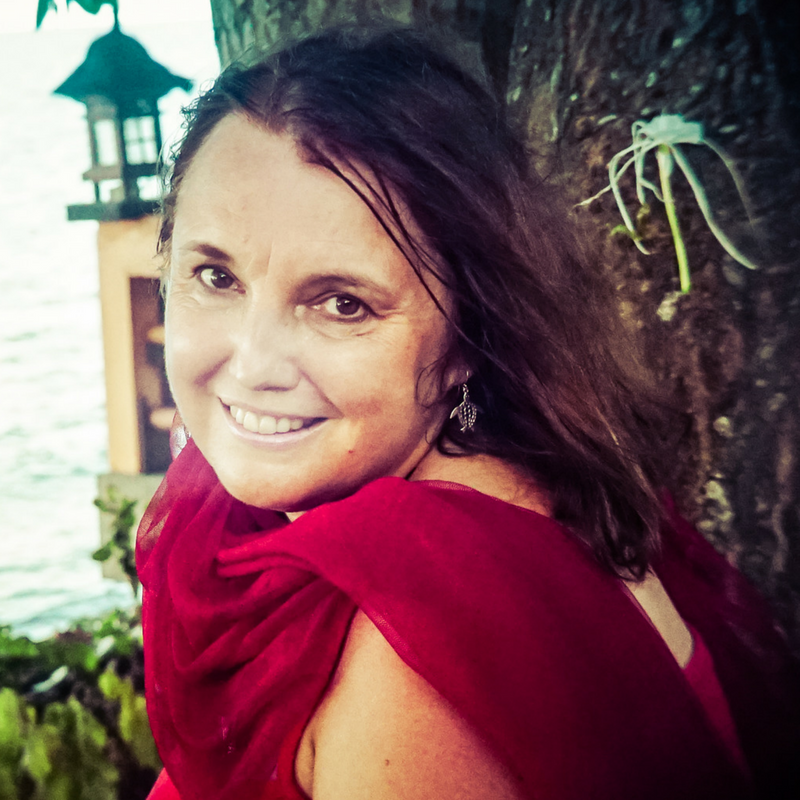 Louise is TreeSisters Finance Mama and has been involved with TreeSister's journey since the beginning, becoming an active volunteer in 2015. She brings with her 20 years' experience as an FCCA accountant having worked as a senior executive and Chief Financial Officer in global engineering and marine organisations. She also brings extensive charity experience from her work as a volunteer and trustee with Arts and Disability charities. She is an experienced manager of global finance teams as well as having broad operational experience including HR and Compliance.

Louise is committed to demystifying finance and to bring money back to its rightful place as servant rather than master. She is also keen to develop creative and innovative ways of exploring our relationship with 'giving' and has recently gained a Master's Degree (MATP) that explored the Transpersonal and its relationship to Creativity and Innovation.