The Women Who Were the Original Tree Huggers

I've always looked for inspiring women who are doing great work to tend to our planet and create the world we all want for our great-grandchildren. I love reading about these pioneering feminine leaders, and I post pictures of them on my wall so that their faces and example can inspire me and call me forth. I feel them as a circle gathered around me in tough times. 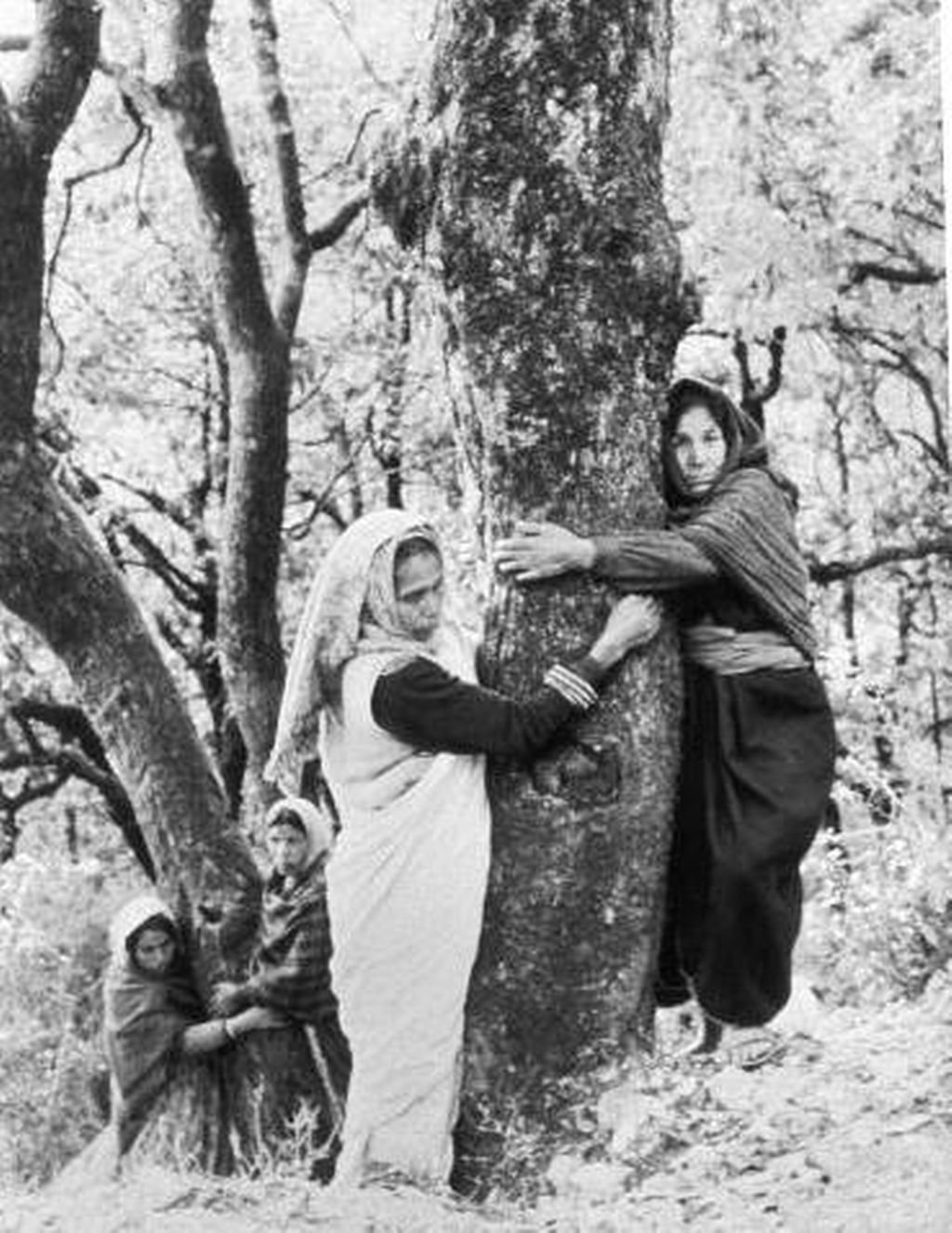 Ever since I heard about the Chipko Women of India, they have been a key part of this circle of inspiration and nurturance for me. They are one of the best and most inspiring examples of nature-based feminine leadership I have ever known...

The word Chipko loosely translates as 'tree hugger' and these women are often referred to as the 'original tree huggers', although they did much more than hug the trees they loved.

The Chipko Women were a group of village women from the Uttar Pradesh region of the Indian Himalayas who gathered together in the 1970s to protect local forests from deforestation.

These women knew the importance of the forest because they relied on the trees for their very lives. Across generations, they cultivated a relationship with the forest; taking only what they needed for cooking and building. So when the government decided to destroy their local forests with logging, they decided to develop a Gandhi-inspired non-violent movement to protect them. 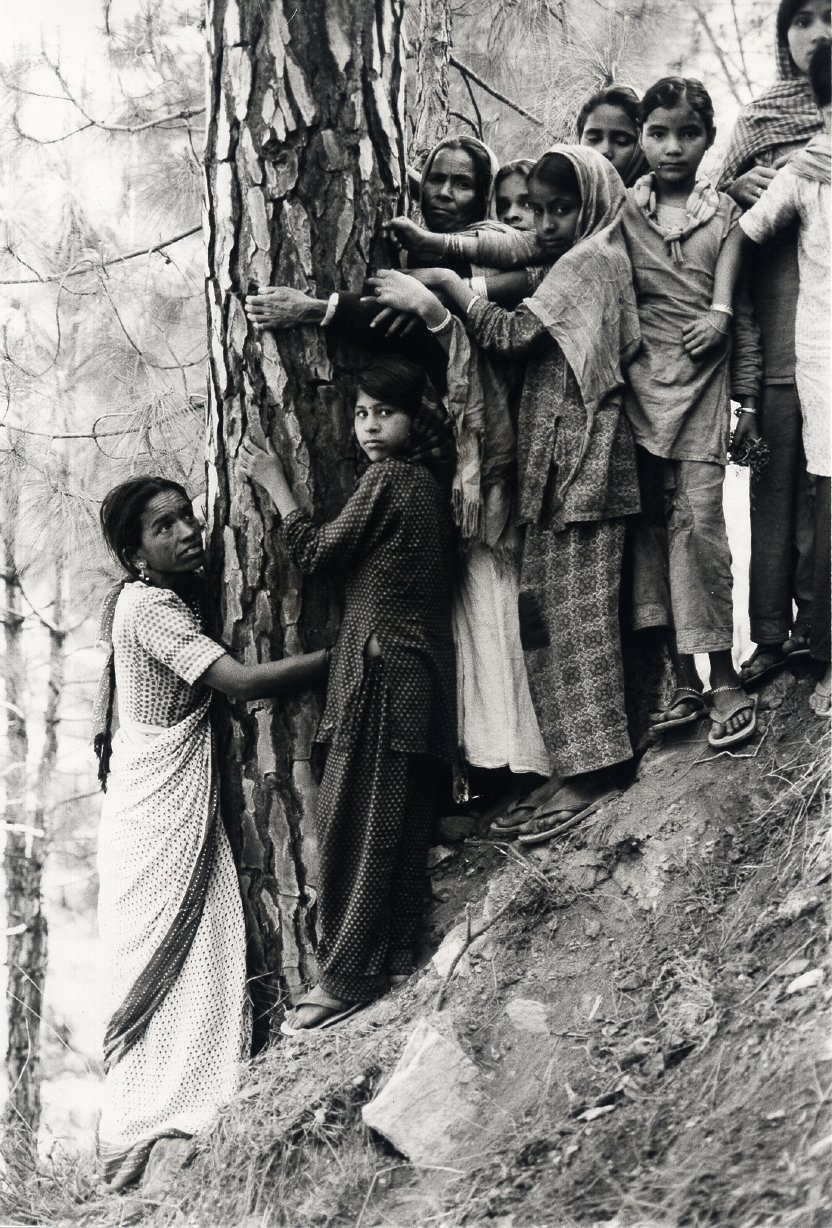 When the loggers arrived, the women protested by linking arms around the trees that were due to be felled. They literally placed their bodies between the trees and the loggers to prevent their destruction. Their protest was a success and they were able to totally prevent the deforestation in their area. Their uprising also helped to anchor an awareness of women's rights in new ways.

In her article "Standing up for trees: Women's role in the Chipko Movement" Shobita Jain describes the story of one of the most famous Chipko women:

"One woman, Gaura Devi, organized the women of her village, Lata, and faced down the workmen of the company that had won the auction for felling the trees. It was a situation that almost forced women to take action - which they did with firmness and unyielding courage.

Gaura Devi later described the encounter in graphic detail, commenting on the rude behaviour of some of the men and on how she pushed herself forward in front of the gun of one of these labourers. She challenged the man to shoot her instead of cutting down the trees, comparing the forest with her mother's home. Eventually, she and her companions forced the men to retreat." 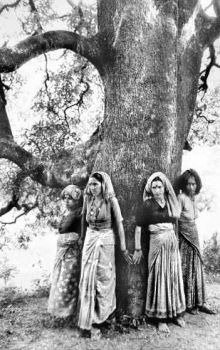 The Chipko movement was so effective that it spread to other communities in the Himalayas who were fighting to protect their forests from logging, undergoing the same struggle between local control over the forests and the governments considering outside commercial development.

Imagine if the women of the 21st century world all took and stand and said 'no' to the destructive practices that are threatening the natural world? Imagine what we could achieve.

At TreeSisters we are gathering the women of the world to realize of vision of a world re-robed in green. We are currently planting a million trees a year in the tropics, where they can best mitigate climate change. Standing on the shoulders of giants such as the Chipko women, we are ready to be audacious and launch our campaign to start planting one billion trees a year!

Standing up for trees: Women's role in the Chipko Movement by Shobita Jain

Sophie is committed to 'being the invitation' that TreeSisters is calling women into. She is dedicated to the sacred feminine spiritual path of honouring Nature's cycles both within and outside us as our teacher, mentors and healers. She dreams of a world of millions of enlivened, resourced, connected women who gather together to re-create our relationship with our precious Earth.